Jackline Nungari, the only elected woman MCA in Kiambu 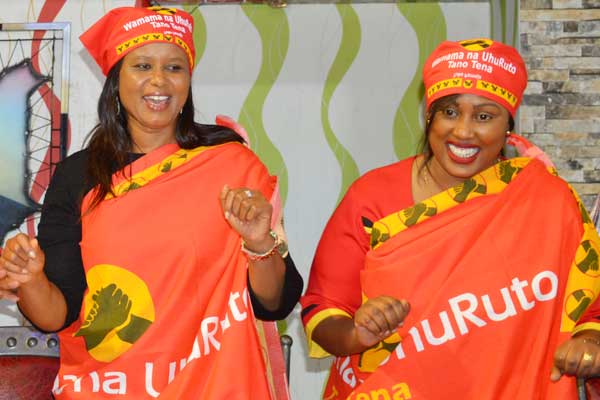 Jackline Nungari, the only elected woman MCA in Kiambu

When Jackline Wanjiku Nungari was nominated to the Kiambu County Assembly by The National Alliance (TNA) in 2013, she pledged to use the position to empower herself politically. After all, the slots which were meant to help the assembly attain the two-third gender rule are supposed to catapult women to leadership positions.

Ms Nungari is now savouring the fruits of her determination, hard work, hope and resilience after she became the only woman to win a ward representative’s seat in the county which has 60 wards.

The youthful Ms Nungari braved political heat from her seven male counterparts in the race for the Bibirioni Ward seat in Limuru on a Jubilee Party ticket.

Ms Nungari acknowledges that the battle was not easy, saying that some of her competitors and backers were using insults and propaganda with a view to embarrassing her based on her gender, but that did not distract her

“You wake up one morning and people decide to call you a prostitute, forgetting that you are a mother and a sister of someone. Sometimes the male candidates will use your fellow women to advance their criticism towards you,” she said.

However, though Ms Nungari’s is a success story, the leadership of women in the region has been dealt a major blow considering that in the previous House, there were four elected women MCAs.

One of them was Cecilia Wamaitha Mwangi, the immediate former Gatuanyaga MCA, who despite flying the highly-coveted Jubilee ticket was beaten by youthful Joseph Kahira, who was running on a Maendeleo Chap Chap ticket in Gatuanyaga.

Ms Wamaitha, who was the Leader of Minority in the House, had been elected on Farmers Party in the 2013 elections.

Ms Margaret Mwago, who was the Kiuu Ward MCA in Ruiru, and also the deputy Leader of Majority has lost the seat to Daniel Ngure who beat her during the party primaries and in Ikinu.

In the National Assembly, Kiambu now has only one woman MP, Ms Kibe of Gatundu North, while there were two in the 11th Parliament.

The two were Ms Alice Ng’ang’a (Thika Town) and Ms Esther Gathogo (Ruiru) who have since lost their seats.

Despite flying the Jubilee Party ticket, Ms Ng’ang’a was beaten by businessman Patrick Wainaina Jungle who returned to the race as independent candidate after he lost in the Jubilee primaries.

On the other hand, Ms Gathogo lost to businessman Ng’ang’a King’ara.

Jackline Nungari, the only elected woman MCA in Kiambu Reviewed by samrack on August 17, 2017 .