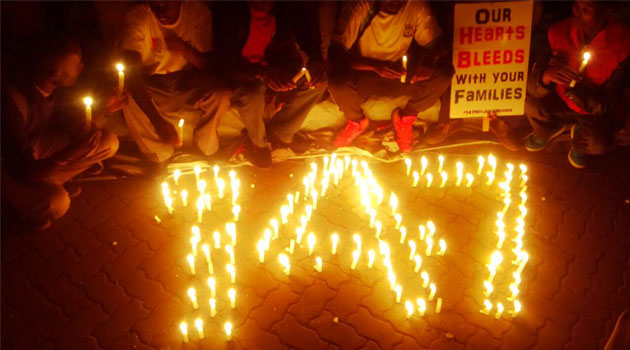 It’s been two years since 148 people were killed in an attack at Garissa University College, the worst terror attack on Kenyan soil since the 1998 US Embassy bombing.

Heavily armed attackers stormed the university campus that morning. Some students were shot at while others held hostage.

As the day went on Kenyan security forces arrived at the scene as explosions and gunfire continued to be heard. Hours went by before the attack ended. Terror group Al-Shabaab claimed responsibility for it.

Since the April 2, 2015 attack, many schools have added safety measures like around-the-clock security guards.

The university re-opened in January 2016, after extensive refurbishment of the bullet-scarred buildings, but only a fraction of the students have returned to class while others were transferred to Moi University.

Students are more skittish than ever. That fear has destabilized university life in Kenya and actually made them less safe than before.

Since the Garissa attack, there have been cases of students panicking in response to what they believed were terrorist attacks.

University students have been injured in these scares, a stampede at Kenyatta University occurred after students heard screams from the library, they thought it was a terror attack in the institution.

Some of the students were reported to have jumped from the third floor of the new Library.

Students at Strathmore University during a security drill. PHOTO | FILE

The worst of these incidents occurred in late November 2015, when university officials at Strathmore University in Nairobi failed to notify students of a mock security drill.

Panicked staff and students caused a stampede that resulted in the death of one person and caused serious injuries to dozens of others.