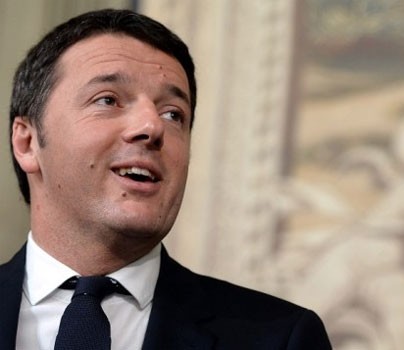 Italian Prime Minister Matteo Renzi is expected in Kenya on Wednesday this week ahead of US President Barack Obama’s visit.

State House Spokesman Manoah Esipisu said Renzi will be on a maiden visit.

“This, indeed, is the keenest focus on Kenya that we have seen for quite some time. It puts paid to the talk in some quarters that Kenya’s relationship with the outside world are in need of repair; and it silences those who doubted the Jubilee government’s management of this country’s foreign affairs,” Esipisu said.

Italy’s Minister for Foreign Affairs and International Cooperation Paolo Gentiloni was in the country in April following the killing of 142 Garissa University College on April 2 by Al Shabaab operatives.

He pledged Italy’s support in the war on terror, “My government wants to work closely with Kenyan Government to make sure terrorism is checked. We are very keen to ensure stabilization of Somalia which is the base of Al Shabaab terror group.

“We are also offering Kenya training opportunities for its officers to capacity-build on anti-terror squad,” he said when he met his Kenyan Foreign Affairs counterpart Amina Mohamed.

Security is therefore one of the subjects Renzi and President Kenyatta are likely to discuss during his visit.

Illegal immigration is another subject likely to come up given Kenya’s shared border with war torn Somalia and the influx of refuge seekers Italy is receiving via the Mediterranean sea from unstable Libya.

Tourism is an area in which Kenya and Italy are likely to be keen to strengthen ties with Italian citizens having significantly invested in coastal tourist destination, Malindi.

During his visit, Gentiloni offered 25 scholarships to the survivors of the Garissa University College attack.

Renzi’s visit precedes that of another high profile figure housed within its borders and that’s Pope Francis who’s expected in the country in November.

On Obama’s visit, Esipisu was keen to make clear that there was no confusion and preparations were, “apace.”

“There are elements of the visit that we need to give details about so that people are better prepared on how to deal with it and that will be done in due course. But there is no confusion, we know exactly what’s gonna happen and how it will evolve.”

Preparations were in high gear ahead of the visit with road repairs and paint work being undertaken over the weekend.

Italian PM In Kenya Days Before Obama Visits Reviewed by samrack on July 13, 2015 .

Italian Prime Minister Matteo Renzi is expected in Kenya on Wednesday this week ahead of US President Barack Obama’s visit. State House Spokesman Manoah Esipisu said Renzi will be on a maiden visit. “This, indeed, is the keenest focus on Kenya that we have seen for quite some time. It puts paid to the talk