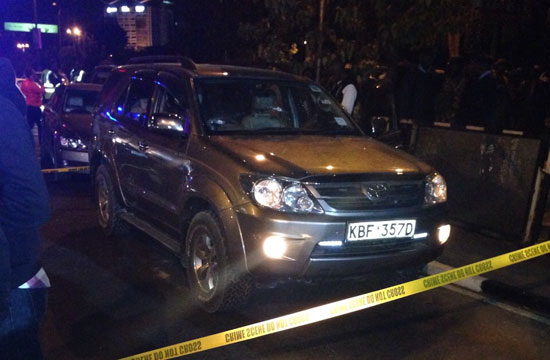 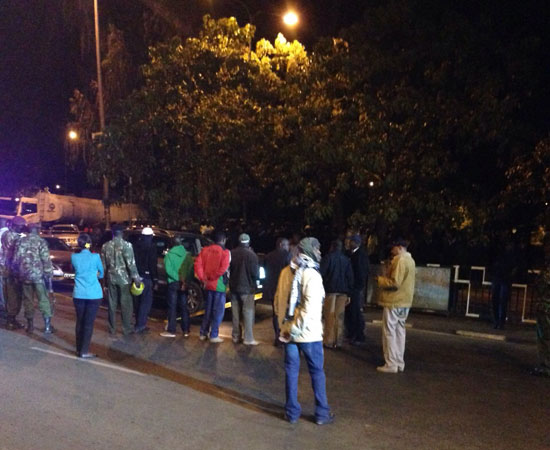 The crowd grew larger as the day broke following news of the early morning murder. 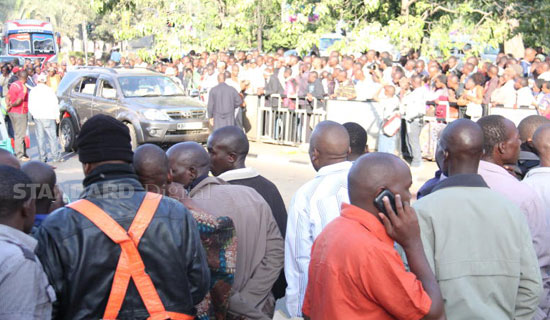 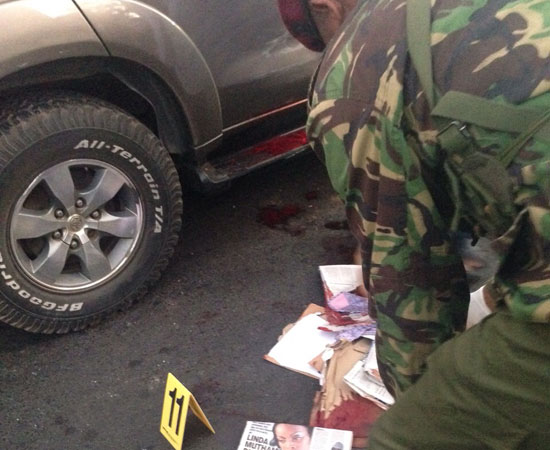 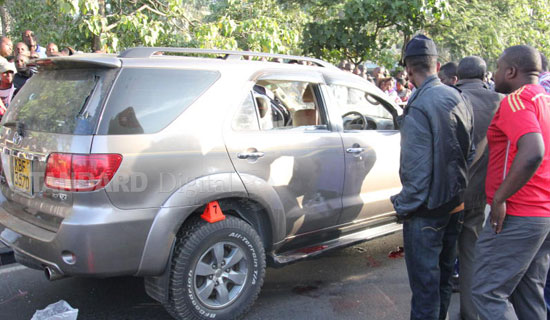 Bodies of the deceased being removed from the vehicle. 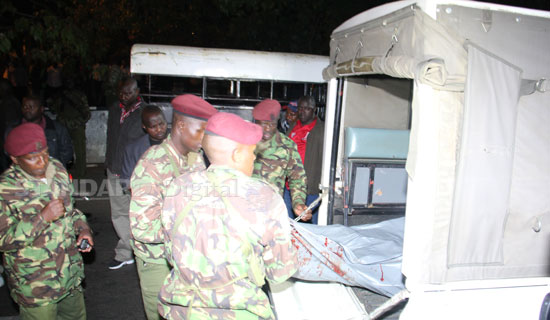 Bodies of the deceased removed from the scene of crime for transportation to the mortuary. Muchai’s body was taken to Lee Funeral Home.

Muchai’s family was in a different vehicle ahead of him and according to his daughter, they were heading home from a family gathering in Westlands. Here are some photos from the scene of crime:
Read more at: http://www.standardmedia.co.ke/article/2000150850/in-pictures-shocking-murder-of-kabete-mp-george-muchai/

Share thisFacebookTwitterPinterestEmailWhatsAppKabete MP George Muchai met his death in Nairobi’s Central Business District early Saturday morning when an unknown assailant sprayed his car with bullets. His two body guards and driver also died in the incident.  The crowd grew larger as the day broke following news of the early morning murder.   Bodies of the