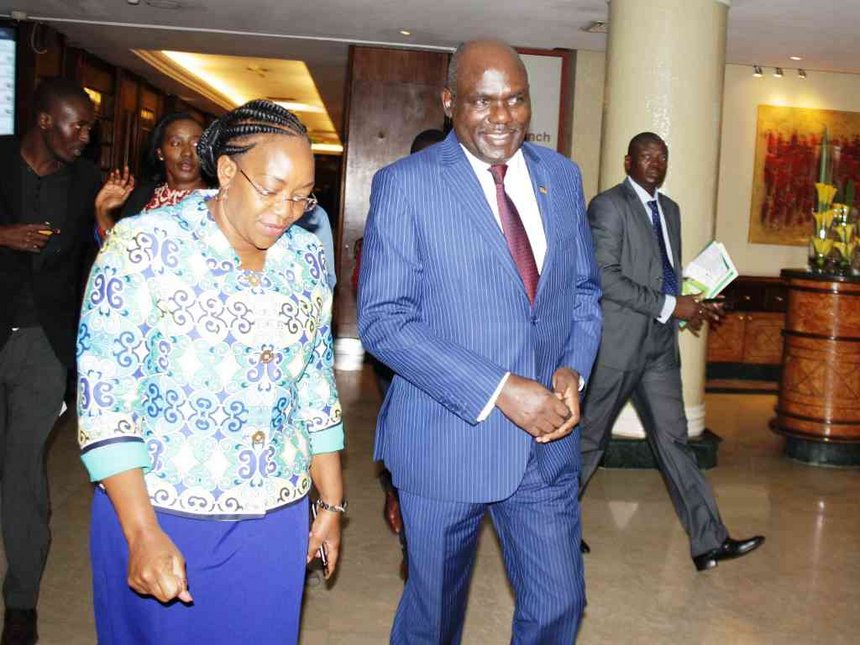 The IEBC will not cancel the ballot papers printing contract awarded to Dubai company, Al Ghurair.

IEBC chairman Wafula Chebukati said on Tuesday that they will not bow to demands by the National Super Alliance.

“The position of the Commission is very clear. We have given our reasons and invited NASA to give us theirs. If there are any grounds…any evidence that their allegations are true, then that can be considered,” Chebukati said.

The opposition has questioned the award saying there is still enough time to give the contract to another company. The general election will take place on August 8.

The Star reported that the firm asked President Uhuru Kenyatta for the contract.

However, his Jubilee Party has dismissed this claim.

NASA has even threatened to boycott the elections if the electoral agency does not pull out of the contract with the company.

Chebukati noted the commission has signed contracts and the work is going on, “so we really have no reason to change.”

He said the ballot papers will be in the country a few days or at least a week before the election.

“But remember we are printing 120 million ballot papers. Printing is not the big part…the big part is packaging them and ensuring they are delivered to polling stations, no mistakes are made and that security features are maintained,” he said.

“That is the issue we are looking at and that is why we need time. We don’t have time because [the schedule] needs to be followed up to the letter.”

The chairman said the Opposition can pull out because they can easily find other people to participate in the election.

“There are many Kenyans. There are other stakeholders – civil society, religious leaders and the media. They can be agents…we shall invite those willing to participate to come with us to oversee to ensure the process is fair.”

The Commission invited stakeholders to accompany and monitor the production of the ballot papers.

The stakeholder monitoring delegation was to include a representative of each of the eight presidential candidates and one from the civil society.

Chebukati noted the IEBC is an independent institution with the power to manage elections.

“So we don’t really need somebody to work with us but we are reaching out to stakeholders so they can walk with us if there are any doubts,” he said, reiterating the Commission is ready to deliver.

The IEBC boss also registered confidence that they are on the right track for the delivery of a free, fair and credible election.

“Even if nobody was to come, I don’t think it casts doubts on the credibility of the institution because we are within the law in what we are doing. We are not supposed to involve all the 40 million Kenyans in the process. Our job is to deliver a free, fair and credible election.”

On the audit carried out by KPMG, Chebukati said they will finish implementing recommendations on cleaning the register on Wednesday.

The auditor found that there could be at least a million dead voters in the register.

The Commission further announced that the names of candidates participating in the election will be gazetted tomorrow or before the end of the week.