IEBC in crisis meeting over polls 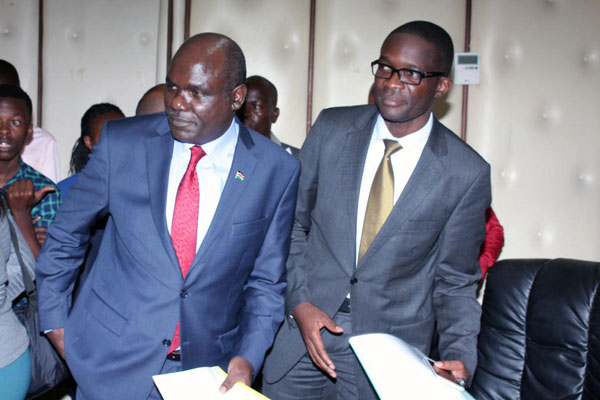 IEBC in crisis meeting over polls

The number of disputes from the party primaries is giving the seven-member IEBC team sleepless nights.

The electoral agency was Tuesday holed up in a crisis meeting in preparation for nominations of candidates for the August General Election.

This follows fears that party primaries’ disputes could affect printing of ballots and its overall poll timelines.

The meeting came just two days after the Independent Electoral and Boundaries Commission (IEBC) said it had received a list of 11,309 people that want to contest for the 1,882 posts on the different political parties tickets.

While that it is a potential logistical nightmare, it is the number of disputes from the party primaries that is giving the seven-member IEBC team sleepless nights.

“IEBC commissioners are on a two-day retreat to deliberate on party lists, enforcement of electoral code of conduct and disputes resolution,” the commission tweeted on Tuesday.

The commission has to gazette a detailed list of the candidates for the August polls between June 10 and 17.

After that gazettement, the rollout for the printing of ballot papers will be done.

But with over 200 cases lodged at the Political Parties Disputes Tribunal as at Saturday when it refused to admit more, and most of them landing at the High Court, with a few more proceeding to the Court of Appeal, there seems to be no end in sight in the calendar of the messy party nominations.

So far, the tribunal has ordered a repeat of at least 10 nominations, throwing parties and the IEBC back to their drawing boards.

Given the manner in which the cases are going on, the IEBC fears that by June 17 when it gazettes the names of candidates, either the process will not have been complete or that it might itself attract more cases after the gazettement.

Lawyer Willis Otieno said that the cases were a cause for alarm for the IEBC.

“Given the number of cases at the PPDT and subsequent appeals in courts, there is a real danger that courts might make orders affecting the IEBC processes, long after ballot papers have been printed,” Mr Otieno told a civil society forum discussing IEBC’s elections preparedness at a Nairobi hotel on Tuesday.

Any change in the election timeline after printing of the ballot papers will definitely IEBC’s elections preparedness given the strict legal timelines it should adhere to.

IEBC in crisis meeting over polls Reviewed by samrack on May 16, 2017 .