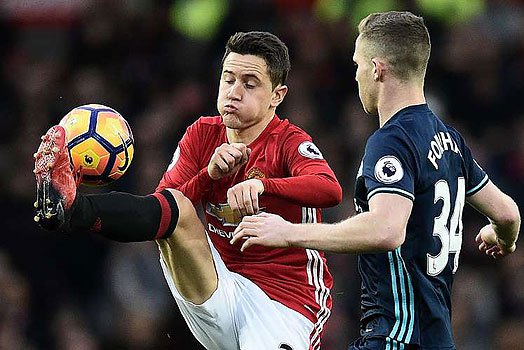 The Spanish midfielder, who cost the English giants Sh4 billion for his move from Athletic Bilbao in 2014, disclosed the wish while responding to a question from one of his 1.6 million followers on Twitter.

In his answer, Herrera, 27,  listed Kenya first among the three other countries he would wish to tour in the near future.
Should he make the visit to Kenya, the Spanish international will join a long list of sports personalities who have vacationed in the country.

I WOULD LOVE TO VISIT KENYA SOON – MANCHESTER UNITED STAR HERRERA Reviewed by samrack on January 7, 2017 .