I ‘saved’ Ruto at ICC – Miguna 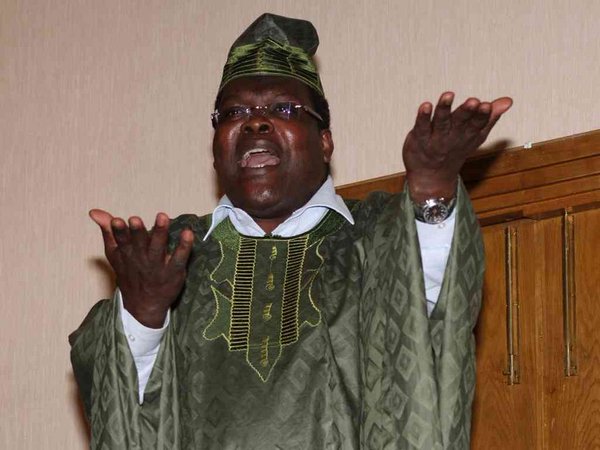 Miguna Miguna has said he submitted materials as an expert witness in the DP’s ICC case, that helped “deconstruct the ICC in terms of ODM.”

Miguna, a former adviser to Opposition leader Raila Odinga and lawyer based in Canada, made the revelation in an interview on KTN’s Jeff Koinange Live show on Thursday

“When the history of this country is written they have to reserve a footnote for me because during the time the Ocampo six were at the ICC, I was Ruto’s expert witness,” he said.

Miguna said he has an appointment letter showing he was an expert witness.

“Ruto needed information to be tabled at the Hague-based court. ODM, which was his party then, refused to give him the documents… the information he needed to prove he was not involved. They eventually came to me.,” he said.

He said he wrote a report of 158 pages on behalf of the court, not Ruto, and that it helped in the understanding of evidence. He said the information helped lawyers, led by Ruto’s lead Karim Khan, cross-examine witnesses.

Miguna underlined that he was not representing Ruto. He said he merely submitted information to the court that could have been accessed by Chief Prosecutor Fatou Bensouda.

“I would not say I let him off the hook,” the lawyer said, but noted that as far as he knew, Ruto was not involved in the charges that he faced at the international court.

Ruto and journalist Joshua Sang faced crimes against humanity charges over the 2007/8 post-election violence that left 1,200 dead and at least 600,000 displaced.

The ICC ruled in April that they had  no case to answer , citing “a troubling incidence of witness interference and intolerable political meddling”.

Ruto accused ICC staff of  seeking sexual favours from witnesses and their families in exchange for fabricated of cooked evidence against him.

His lawyers have requested the ICC judges to order Prosecutor Fatou Bensouda to appoint an independent prosecutor to investigate her witnesses, intermediaries, and possibly ICC staff members, for offences against the administration of justice.

Ruto also argues that OTP intermediaries and witnesses P-0613 and P-0800 tampered and/or interfered with the collection of evidence by the OTP.

He says that they identified and coached witnesses to give false information to the prosecution during its investigations, which then formed the basis of its case against him.

Canada-based lawyer Miguna Miguna. Photo/FILE Miguna Miguna has said he submitted materials as an expert witness in the DP’s ICC case, that helped “deconstruct the ICC in terms of ODM.” Miguna, a former adviser to Opposition leader Raila Odinga and lawyer based in Canada, made the revelation in an interview on KTN’s Jeff Koinange Live