I did not kidnap myself, says Kabete MP aspirant Chege 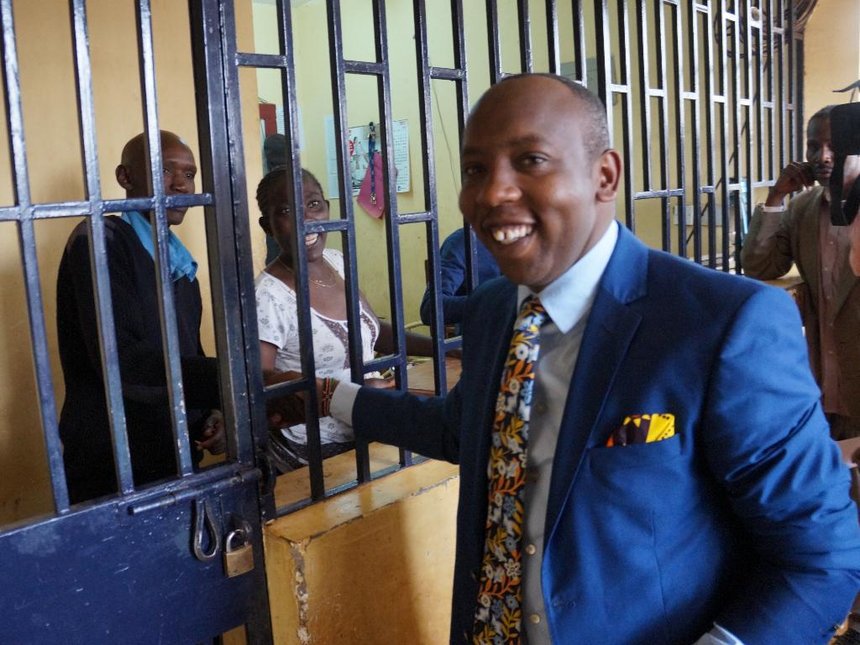 I did not kidnap myself, says Kabete MP aspirant Chege

Chege’s Toyota Prado was found at Muthiga area near a dam with two bullet marks on the back left door. He was found in Narok town two days after going missing.

Some members of the public claimed this was one of many tactics politicians are using to get sympathy votes ahead of party nominations and the August 8 general election.

But the aspirant, popularly known as Chege Fresh, said he was the best Jubilee candidate in the race to replace Ferdinand Waititu who will vie for Kiambu Governor.

“How can the number one hide himself yet he has already won the nomination and the election?”

Avoiding questions on the issue, Chege said his kidnap was being investigated by police and that there was no need to discuss it.

He urged his supporters to ignore his rivals who are speculating over his disappearance.

Chege spoke at King’eero police station in Kabete where he recorded a statement before area OCPD Joseph Ongaya.

“As of now, we cannot comment on who kidnapped him. We haven’t finished our investigations. We shall let you know once we are through,” Ongaya told members of the public. “People are speaking a lot about it. I believe we have been recording the right statements.”

Police had a difficult time controlling the aspirant’s supporters who sang songs of praise at the station before his arrival in a Mercedez Benz.

Chege thanked residents for the messages of goodwill they sent before and after he was found.

“I will not be deterred from continuing with my campaigns,” he told the crowd and asked the government to provide security for all candidates countrywide.

I did not kidnap myself, says Kabete MP aspirant Chege Reviewed by samrack on April 18, 2017 .