How whistleblower letter brought Chase Bank to its knees 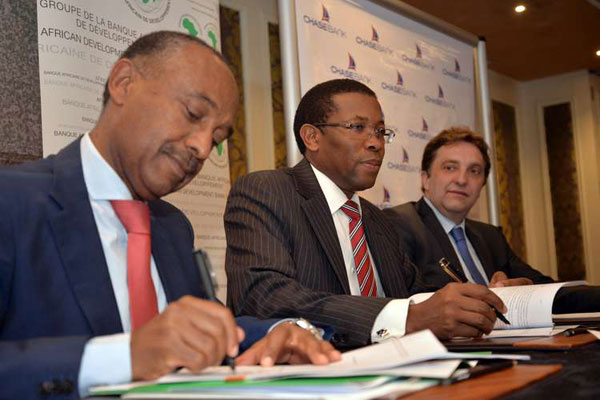 How whistleblower letter brought Chase Bank to its knees

An incriminating anonymous letter sent by a whistle-blower to international investors of Chase Bank in February touched off a series of events that led to the shock closure of the institution on Thursday morning as its owners raced against time to pump in billions of shillings.

Details assembled by the Sunday Nationfrom multiple sources reveal that the leaked document sent to Paris-based investment firm Amethis Finance pointed to anomalies in the institution’s financial books, including at least Sh16.6 billion irregularly advanced to various entities, half of them linked to insiders and assets that were reportedly not benefitting the bank.

The Central Bank of Kenya, which later said that one director had lent himself Sh7.9 billion mostly without registered collateral and well beyond regulatory limits, used some of the information to pile pressure on Chase Bank.

In the end, at least 55,000 depositors remain in limbo without access to their accounts as CBK, through the Kenya Deposit Insurance Corporation, cleans up the mess.

The bank mostly targeted the youth, women, investment groups and Small and Medium Enterprises, meaning its collapse has been felt across thousands of households.

Big clients like the Law Society of Kenya, the United Nations Sacco and betting company SportPesa have also had at least Sh2 billion withheld.

The central role played by the leaked e-mail provides a window to a story packed with intrigues ranging from boardroom wars and backstabbing to night meetings and frantic last-minute efforts to save the bank from being put under receivership.

There are also suggestions that the French investors wanted to use the information from the whistle-blower to pump in money and increase their stake.

“There was panic among top managers when they learnt about the details in the e-mail. The international investors even flew in to find out what was going on. But in the end CBK moved in and asked us to put our books in order. Until Wednesday, we had been assured the bank would not be closed,” said a source at Chase Bank, who spoke on condition of anonymity to discuss internal bank affairs.

But it was the suspicion that the person who sent the anonymous e-mail could have been an executive out to fix his colleagues in a rival faction involved in reckless insider lending that uncovered a power struggle that had been going on for some time.

The aim, according to insiders and CBK officials who spoke to the Sunday Nation, was to bring down the targeted individuals and give some international investors a bigger say.

But events would conspire to result in the unintended result of receivership.

Insiders say there had been an apparent power struggle between the bank’s CEO Paul Njaga and Group Managing Director Duncan Kabui as their roles appeared to overlap.

The ousted board chairman Zafrullah Khan, who is a significant shareholder, was also sucked in and was said to have been an ally of the MD.

Sources at the bank said senior managers appeared to have been working in concert but they were in actual sense divided into two camps.

Mr Khan and Mr Kabui would later dramatically resign from their positions on Wednesday after they were alleged to be major players in the insider lending saga with Mr Njaga being appointed CEO and MD while Mrs Muthoni Kuria took over as board chair. Saturday, they recorded statements as part of police investigation.

The panic caused by the changes and speculation on social media led to withdrawals that eventually bled the bank’s cash reserves to unsustainable levels.

The lender had earlier restated its financial results showing it had under-reported insider loans by a whopping Sh8 billion.

The restated financial results published showed that insider loans stood at Sh13.62 billion last year against the Sh5.72 billion it reported on the March 31 regulatory deadline.

“The above statements and disclosures are extracts of the bank’s financials as audited by Deloitte and Touche and received a qualified opinion,” the bank said in the footnotes of its financials, meaning the information provided to auditors was limited in scope.

As things went from bad to worse on Wednesday, the owners of Chase Bank made frantic last-minute efforts to raise money and save the institution from being put under receivership.

A demand by the French investors that local shareholders should dispose of their stake at a throwaway price was said to have been rejected outright.

People familiar with the meeting at CBK that started on Wednesday night and ended in the wee hours of Thursday painted a picture akin to a gathering of top doctors making frantic efforts to save a dying patient on life support machine.

The decision to switch off the machine and put the “patient” into what amounted to an induced coma was, however, quietly made at around 4am on Thursday by CBK —  with the Chase Bank directors having left with the promise that  the institution would not be placed under receivership if investors, and other financial institutions, pumped in billions of shillings before the end of Thursday.

But images of long-winding queues of customers demanding their money from the bank and numerous electronic transfers requests on Wednesday — fuelled by social media speculation and the sudden changes in management and the board — bled at least Sh8 billion from the bank and convinced CBK bosses that the scenes would be repeated.

This, they reasoned, would not only put depositors’ money at risk but also trigger panic in the entire industry.

The bank’s reputed efficient IT platform would turn out to be one of the factors why its cash ran out so fast with many online customers accessing and transferring their money to other banks.

The CBK governor said a subsequent bank run caused by panicked depositors necessitated the appointment of a receiver manager “in the interest of depositors, creditors and the public”.

“Chase Bank experienced liquidity difficulties following inaccurate social media reports and stepping aside of two directors, consequently it was not able to meet its financial obligations on April 6, 2016,” CBK said.

The receiver manager and his team entered the bank’s Riverside Drive offices accompanied by police officers after 6am to take over operations as staff gathered for a meeting called by the CEO.

“Even staff did not withdraw their money as they had been assured throughout the week that the bank would survive,” said a CBK source, who spoke on condition of anonymity.

How whistleblower letter brought Chase Bank to its knees Reviewed by samrack on April 10, 2016 .