How to get YouTube views that pay: Tips from the experts 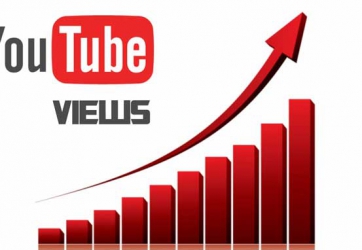 How to get YouTube views that pay: Tips from the experts

One of the burning questions among YouTubers looking to start out is: how do I hit a million views? We sat down with experts and YouTubers at a Chill Out event led by Google Country Director Charles Murito, where they shared tips and strategies for hitting this milestone.

1. Build a brand Sheila Ndinda, whose YouTube channel specialises on videos around the maintenance of natural hair, says branding helps you get your own niche and determine what draws your audience to you. “There are some who will watch you because you are attractive and others who’ll religiously follow you for the information they get from your uploads,” she says. And once you build up your brand, then you can partner with corporates, like she did with Dark and Lovely.“But there is a catch: do not force their products onto your audience. The audience is very bright and they will know when you’re getting too commercial, hence neglecting them.”

2. Pick the right upload time It’s best to upload a video when Internet traffic is heavy. Sheila says the time that works best for her is 8am on weekdays. “My plan is to have people to utilise the free wi-fi at their workplaces to view the videos, as using cellular data can be quite expensive,” she says. Another way to determine the optimal time is to check your channel’s analytics on Google to determine when you draw the most viewers.

3. Find an aggregator An aggregator is basically a larger channel – also referred to as a multi-channel network (MCN) – that houses individual channels. ALSO READ: Google tightens measures to remove extremist content on YouTube For example, in the Kenyan music scene, there’s Ngomma, owned by Calif Records’ Clement ‘Clemmo’ Rapudo. Clemmo says having an aggregator not only relieves YouTubers of the task of managing their channels, but also increases their visibility and revenue. Content that goes through MCNs is certified by Google, meaning it has fewer copyright issues. Additionally, most MCNs partner with advertising brands, guaranteeing liquidity for content generators. “It is better to get 20 per cent of Sh10 million under an MCN than get 100 per cent of Sh100,000 when you monetise your channel yourself,” Clemmo says. Ngomma, which was started about three years ago, boasts 1,680 channels, 3.8 million subscribers and a combined 1.2 billion views so far.

4. Post short videos Keep in mind the costs of data in Kenya can be pretty high for many people, particularly in the absence of special packages like in Tanzania. There, Google has partnered with Vodafone to offer subscribers free YouTube access from midnight to 6am. “But if you have an interesting video that’s two hours long, I would advice that you post it whole. People will still view it,” says Clemmo. The challenge with very short videos, he adds, is that it limits the number of advertisers who can place their ads on your upload. For example, a 15-minute video can accommodate three ads, while a three-minute one may not be able to host a single ad.

5. Be relevant in the international market It may sound difficult to target foreigners considering that a YouTuber would like to be known locally first. However, Sheila says a click on your video from a viewer in the United States brings in more money than that from a Kenyan. “In the US, the rates are in dollars and digital space is auctioned – which makes it more valuable. In Kenya, we are yet to embrace digital marketing to that extent,” she says.

6. Encourage subscription This is one of the most important factors in getting your views to hit one million. It can be annoying to an audience, especially when a subscription tab keeps popping up, but it ensures there’s an audience waiting to view your uploads. In fact, Clemmo says, with adequate subscriptions, you won’t need to spread the word on other social media platforms on new uploads. “If you have 200,000 subscribers, it means once you upload a video, you already have 200,000 views even before new viewers (and subscribers) visit your site.”

7. Build traffic People tend to spend quite a bit of time on platforms like Twitter and Facebook, so use such networks to drive viewers to your YouTube channel. This involves sharing snippets of your videos. However, Sheila warns that you shouldn’t post the whole video on your other social media pages. “Once someone views the video there, they will have no reason to visit your YouTube page. Besides, Facebook does not pay for views, You Tube does,” she says.

8. Make interactive videos Google’s Charles advises YouTubers to strategically keep in touch with their audience, and at times get their views incorporated in their videos. How do you do this? Respond to comments and queries posted below your posts.

9. Encourage re-uploads and parodies Once you upload your video, encourage the audience to make their own versions of the videos. In the music and film industry, this is done through parodies; a trend that Kenyan comedians Eric Omondi and Chipukeezy have adopted. Eric, whose channel is housed by Clemmo’s Ngomma, is known for his ‘How to be’ segment that impersonates celebrities and politicians. Clemmo says one can seek to have the re-uploaded videos monetised to make some money from them, or let them be as “once someone watches the parody, they will be interested in watching the real video, so they’ll still end up on your channel.”
Read more at: https://www.standardmedia.co.ke/

How to get YouTube views that pay: Tips from the experts Reviewed by samrack on July 19, 2017 .

How to get YouTube views that pay: Tips from the experts  One of the burning questions among YouTubers looking to start out is: how do I hit a million views? We sat down with experts and YouTubers at a Chill Out event led by Google Country Director Charles Murito, where they shared tips and strategies