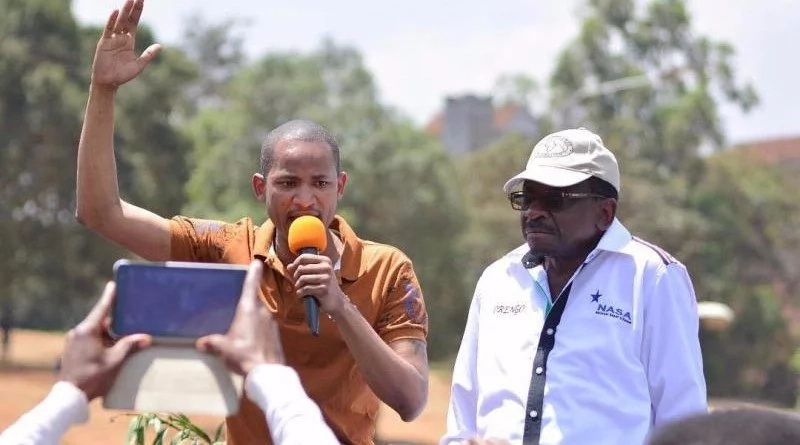 High Court on Friday, March 2, nullified August 8, 2017 election of Babu Owino as Member of Parliament for Embakasi East constituency – Delivering his final ruling at Milimani Law Court in Nairobi, High Court Judge Joseph Sergon said the election was not free and fair – Owino’s election victory was being challenged by Jubilee candidate Francis Mureithi who held that the poll was marred by irregularities – High Court on Monday, February 12, 2018 ordered for vote recount in Embakasi East – Though the election has been nullified, the vote recount showed Owino won the Embakasi East parliamentary race against Mureithi.

High Court on Friday, March 2, dismissed August 8, 2017 election of Babu Owino as Member of Parliament for Embakasi East constituency. While delivering his final ruling at Milimani Law Court in Nairobi, Judge Joseph Sergon said the election was not conducted in a free and fair environment

Owino was ordered to pay KSh 5 million in costs. He was directed to pay the Independent Electoral and Boundaries Commission (IEBC) and the petitioner KSh 2.5 million each.

Owino’s August 8, 2017 election victory was challenged by Mureithi, who filed his petition on September 7, 2017. READ ALSO: Babu Owino in narrow lead with 77 polling stations yet to be recounted in Embakasi East Mureithi also filed an application seeking to have a vote recount and provided evidence of gross abuse of the electoral process, which he argued gave Owino an unfair advantage. The court also previously heard that IEBC officials made errors during tallying and that Owino could have possibly voted more than once in different streams.

February 12, ordered for vote recount in the affected constituency. Owino has consistently held that he won the election fairly and even accused senior Jubilee Party leaders of fighting him because of his political stand. He has vowed to appeal the court ruling. Babu Owino threatens to arrest Matiang’i once he becomes Interior C READ MORE: https://www.tuko.co.ke/