Kenya’s National Anthem on Monday gained a lot of attention from the World when it was played at the closing ceremony of the 2016 Olympics in Rio de Janeiro, Brazil.

Many foreigners thronged social media to express their thoughts on the composition of the national song.

The anthem was widely searched on the internet with a section of the public commending the brains behind the phenomenal tune.

Some seized the opportunity to compare Kenya’s anthem with those of other countries, drawing a conclusion that the Kenyan one focused more on the people and the land.

Kenya’s anthem was played six times at the Rio Olympics as the country clinched six gold medals in the just concluded games.

Here are the reactions: 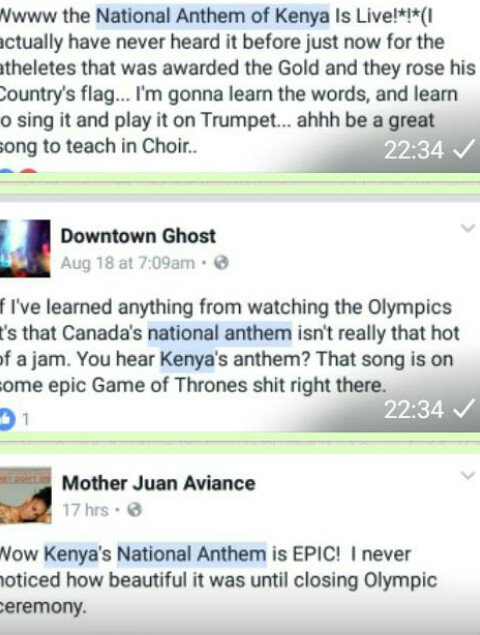 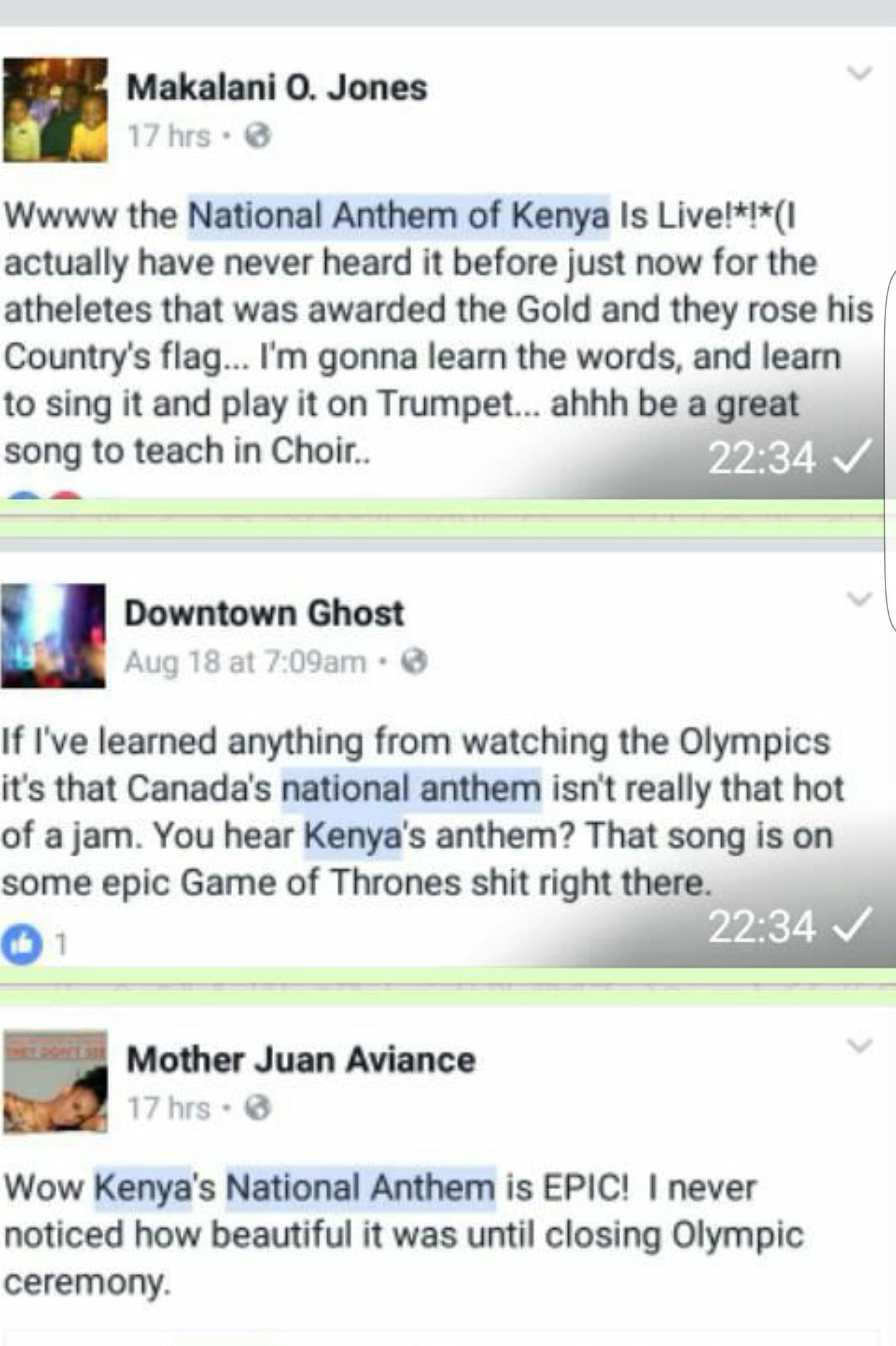 Tags: Here's Why the World is Searching for Kenya's National Anthem
Previous Post

What I have learned in my marriage

What I have learned in my marriage