by samrack
in Diaspora, Kenya, Kenya Diaspora News, News, Trending Elsewhere
A A
0

The lovebirds tied the knot in a simple traditional wedding held at Trudy’s rural home in Yala, Siaya County on September 10th. The ceremony was attended by close friends and family.

Maya flew into Kenya with six people from Ghana, among them his uncle and pastor, who officiated their union. He made his way to his in-law’s homestead holding a goat and a cow, accompanied by his family.

Maya, who has over 1.16 million subscribers on YouTube, was dressed in an all-white traditional Ghanaian Agbada, with blue-African detailing on the chest while Trudy was decked in a white and brown, figure-hugging dress. 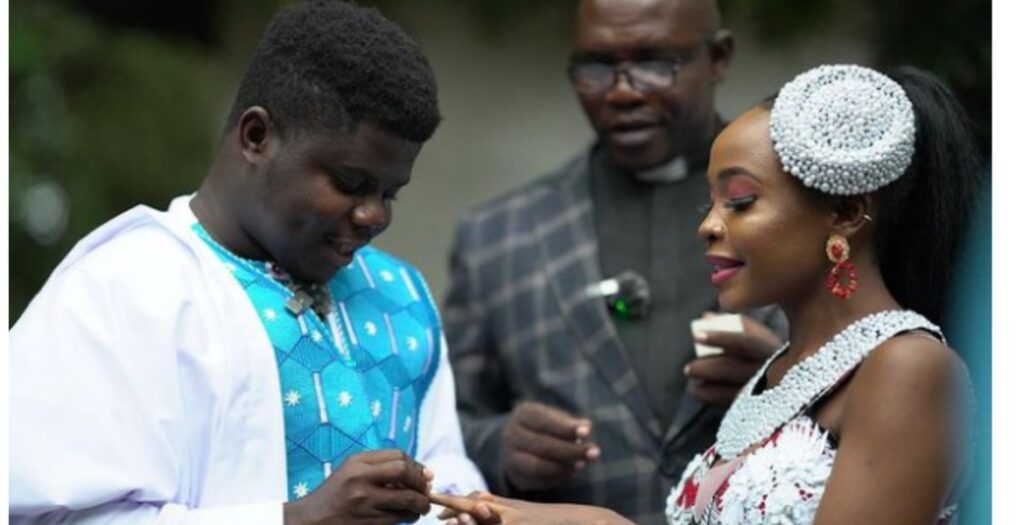 “Omg, we are married,” Miss Trudy captioned a photo of her wedding.

In a video uploaded on Maya’s YouTube channel, the couple revealed that the wedding day fell on the anniversary of Miss Trudy’s mother, who died 13 years ago.

“My dad was so emotional. I have never seen my dad like that. It was like he was heartbroken… he made me cry. It was an emotional moment because he is my only parent,” said Miss Trudy, who is also a YouTuber.

The lovebirds revealed they spent Sh100,000 on their nuptial, with Maya indicating that his father-in-law did not ask for a lot.

“I hope this union will unite the entire continent. She is my wife now,” Maya said.

The YouTube star studied in Ghana before he pursued aeronautical engineering at Sheyang Aerospace University in China (2013-2017).

In a past interview, Trudy said she met Maya online.

“He sent me a DM 4 years ago but I saw the message three months later. He was coming to Kenya to create content. By the time I saw the text he had gone back home.”