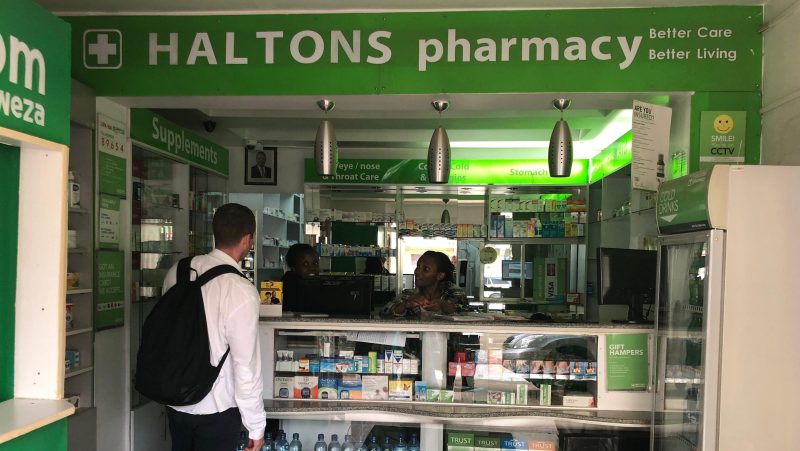 MPharma, the six-year old Ghanaian startup that manages prescription drug inventory for pharmacies and their suppliers, is buying Kenya’s second-largest pharmacy chain, Haltons, in an unprecedented deal for the African startup ecosystem.

The transaction, which sees mPharma enter the East Africa regional market for the first time, means the young company will take control of the 20 Haltons stores spilt between Nairobi and Mombasa. The deal, which is still subject to regulatory approval, comes as mPharma works on completing a $12 million Series B funding round led by 4DX, an Accra/San Francisco venture capital firm, and Nairobi-based Novastar Ventures.

So far it has confirmed $9.7 million and the full round is expected to be completed in a couple of weeks with other investors including Unbound Ventures, the VC arm of India’s Bharti Mittal Family office, early Facebook investor Jim Breyer and former Novartis chief executive Daniel Vasella, who has joined MPharma’s board. The startup raised $6.6 million in Nov 2017 after raising a seed round of $5 million in 2015.

MPharma was founded by Greg Rockson to significantly improve the efficiency of pharmaceutical supply chains in African countries. Its proprietary Vendor Management Inventory (VMI) system is already being used in over 250 pharmacies in Ghana, Nigeria, Zambia and Zimbabwe.

Typically, young startups are more likely to be acquired by traditional or established businesses rather than the other way round. Rockson said the unusual deal came about as part of conversations to market its VMI platform to the chain, but realized there was an opportunity to prove just how much the efficiencies of managing the both front end and back end could help African pharmacies drive down their biggest costs: inventory.READ MORE