GCR Downgrades Cytonn as Debt to Equity ratio worsens to 86%!

by samrack
in Business, Diaspora, Kenya, Kenya Diaspora News, News
A A
0

GCR Downgrades Cytonn as Debt to Equity ratio worsens to 86%!

Global Credit Rating (GCR) has downgraded the rating for Cytonn Investments citing the company’s curtailed access to commercial bank loans and facilities as well as its model of using short-term debt to fund long-term projects.

GCR also cites Cytonn’s short track record and untested ability to execute multiple real estate projects as part of the reason for downgrading. Interestingly the group’s receivable grew much faster than revenue. Overall aggressive rollout of projects and dysfunctional appetite for debt could deteriorate the situation.

“The ratings are currently constrained by Cytonn’s curtailed access to capital given limited recourse to bank facilities. As such, group debt is largely comprised of short-dated loans/notes from mezzanine investors….. ” noted the South African based rating agency in a statement on its website.

“Cytonn reflects negative earnings-based gearing, on the back of operating losses. As such, a trajectory of robust profitability will have to be achieved to support sound debt to EBITDA and debt serviceability ratios.” the statement goes on.

Cytonn reported their earnings for the period ended 30th September 2018. Revenues were up 63.8% to 1,243.4m. Profit after tax was down 23.8% to 227.4m. This was inclusive of fair value gains. We notice the increased use of vague terms on the income statement over different financial periods. The item for fair value gains was referred to as operating fair value gain and in this financial period was referred to as other income and gains. Interestingly, this item was down 30.7%, attributable to equity positions held at the NSE. 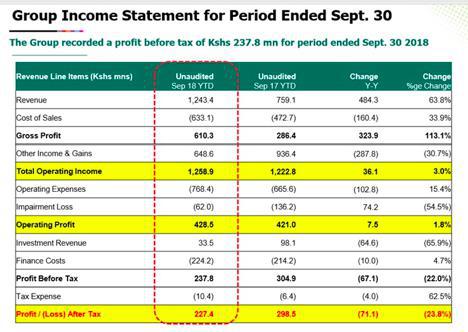 Given that it raised funds through private equity placement in 2016, the company seems to have been trapped in the labyrinth of funds raising from equity and debt with debt now standing at ksh 4.8 Billion, 86% of equity. It also recently raised further capital from Taaleri with an obligation to acquire a stake of 20% in the company.

The controversial firm further wants to raise funds at the NSE through an IPO in the coming year. It looks like the development of projects is growing faster than the company can fund leading to their growing appetite for external funds. Debt to equity ratio of 86% should worry even the most uber bullish investors. 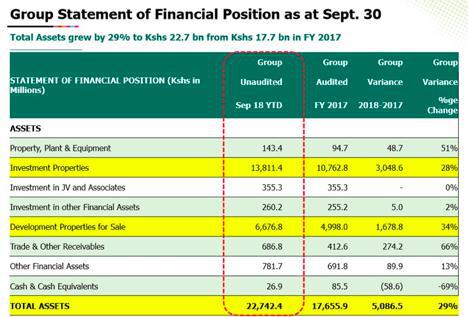