Nairobi is Kenya’s capital city, largest commercial Centre and yesterday it lost its position as a county government after some of its functions were transferred to the National Government pursuant to Article 187 of the Constitution.

In a land mark agreement signed at State House today, Governor Mike Mbuvi Sonko and Devolution Cabinet Secretary Eugene Wamalwa in concurrence with H.E President Uhuru Kenyatta, signed an agreement, handing over functions of the Nairobi County Government to the National Government, pursuant to Article 187 of the Constitution.

Below is the full gazette notice. 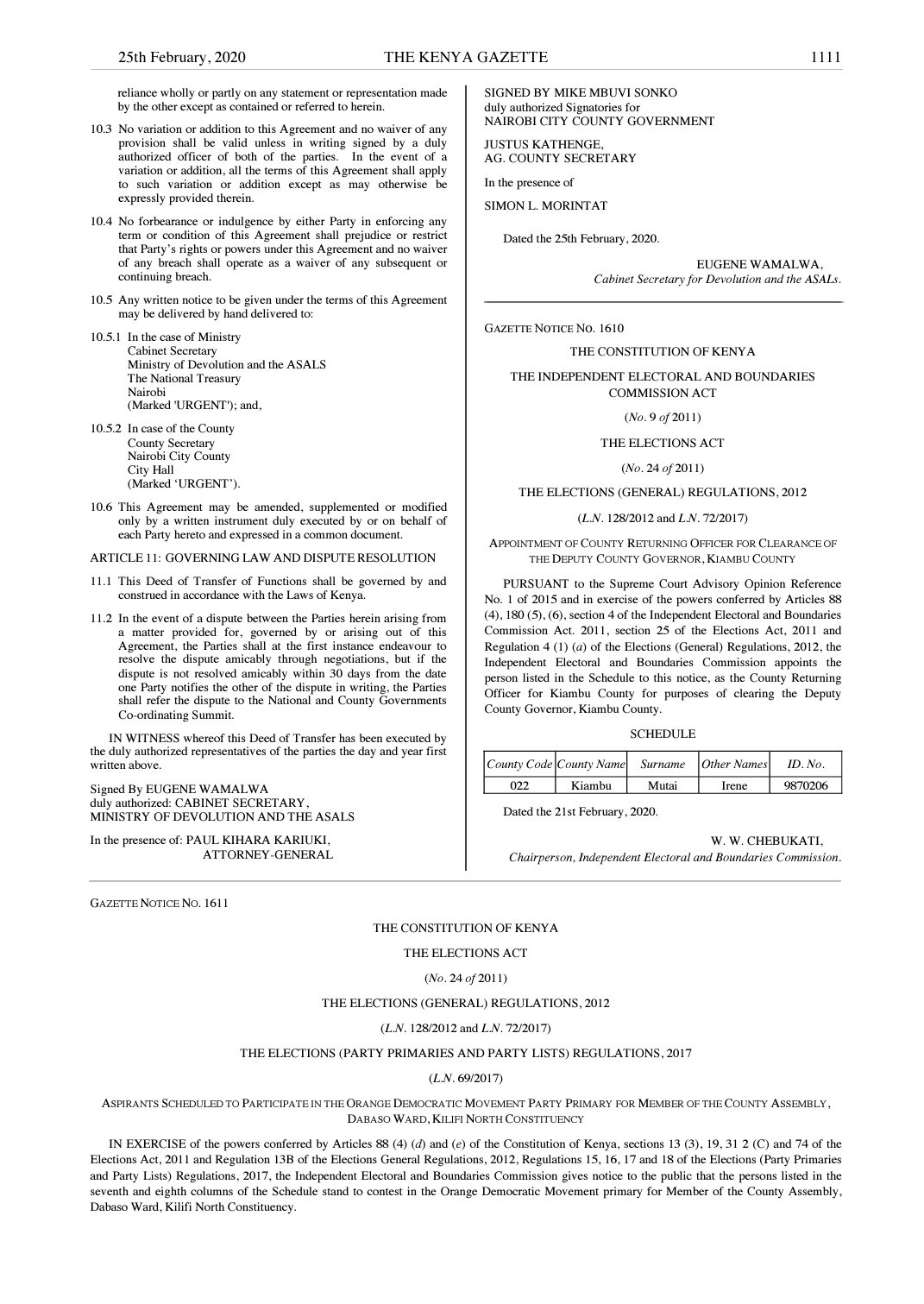 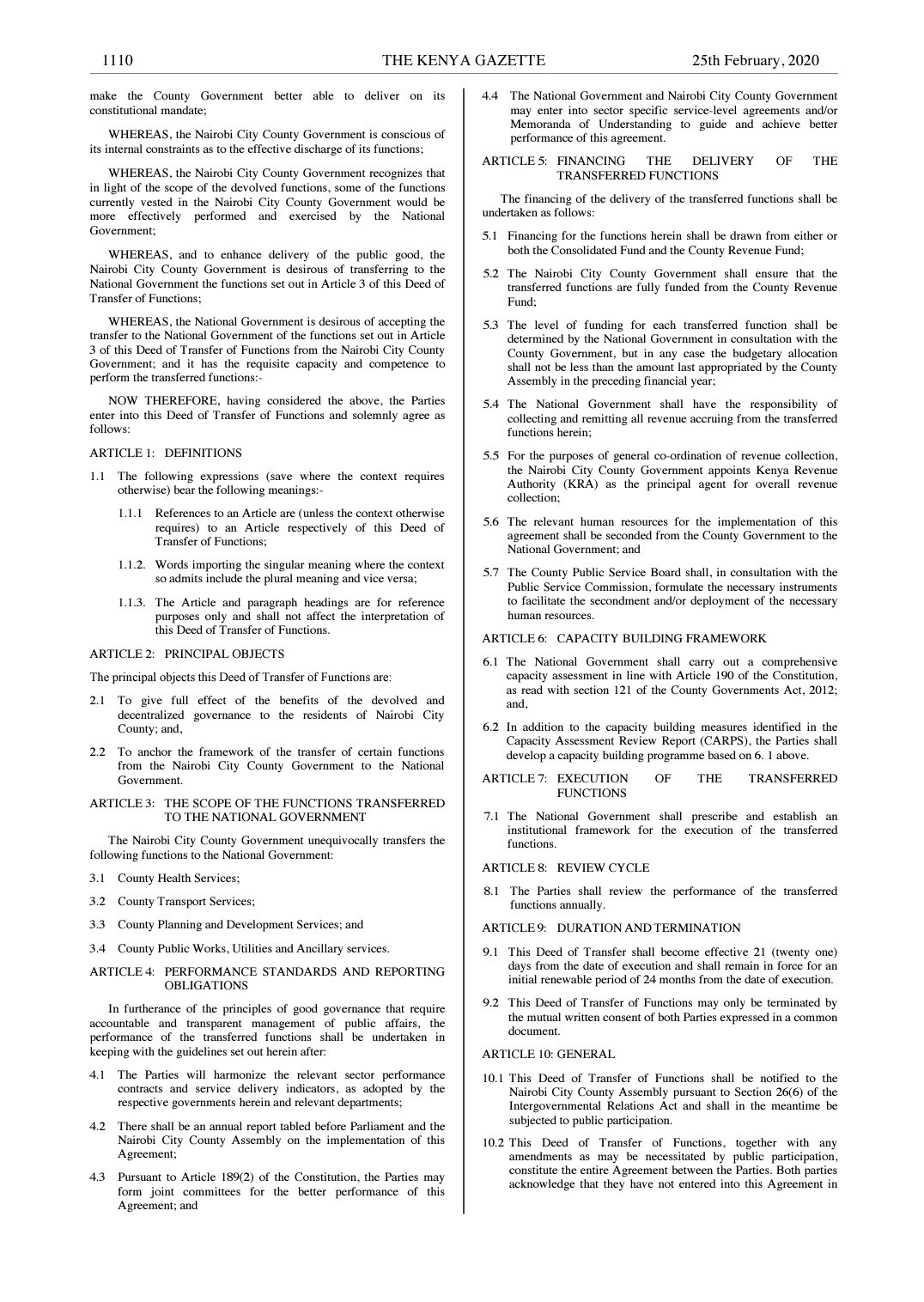 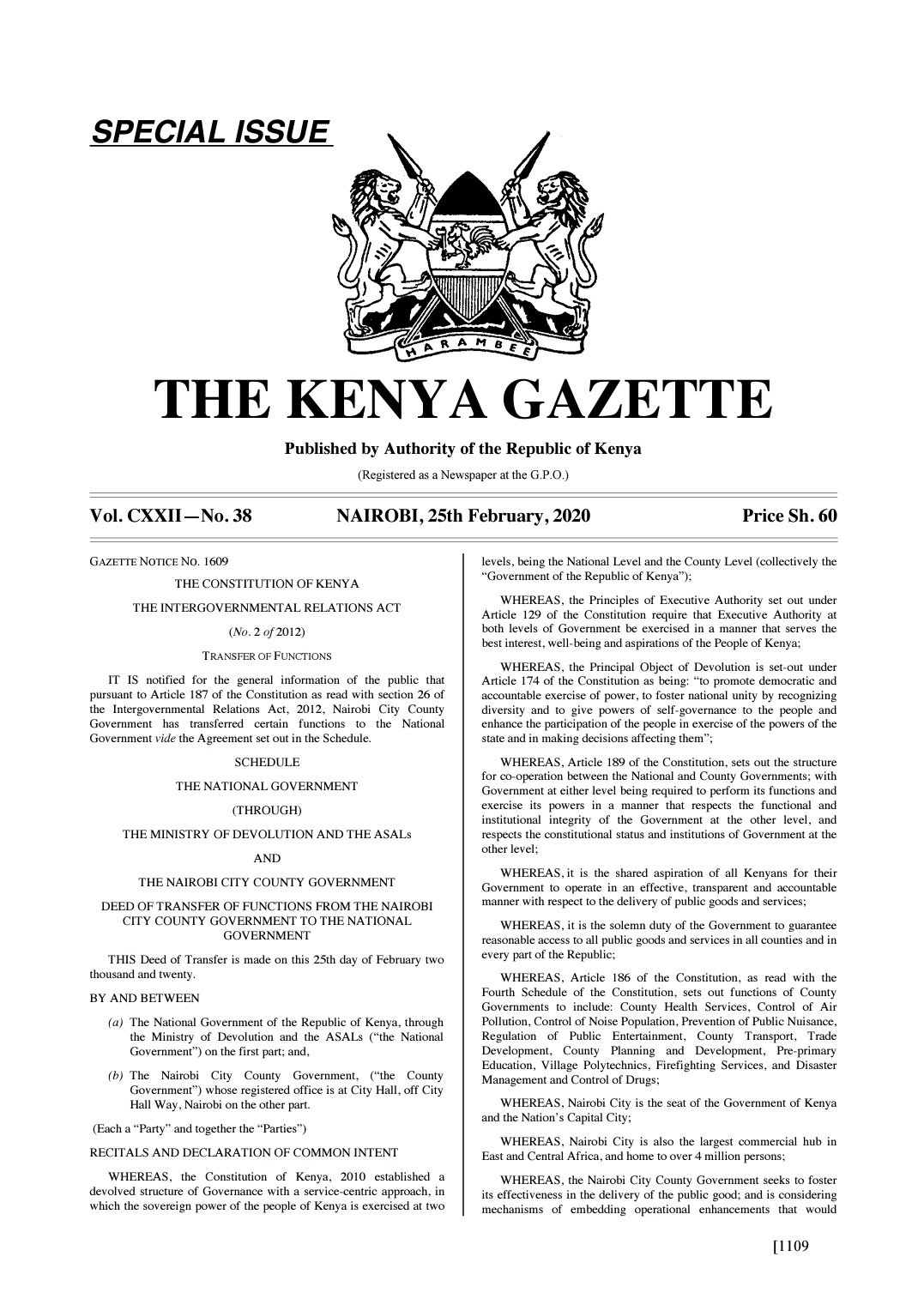