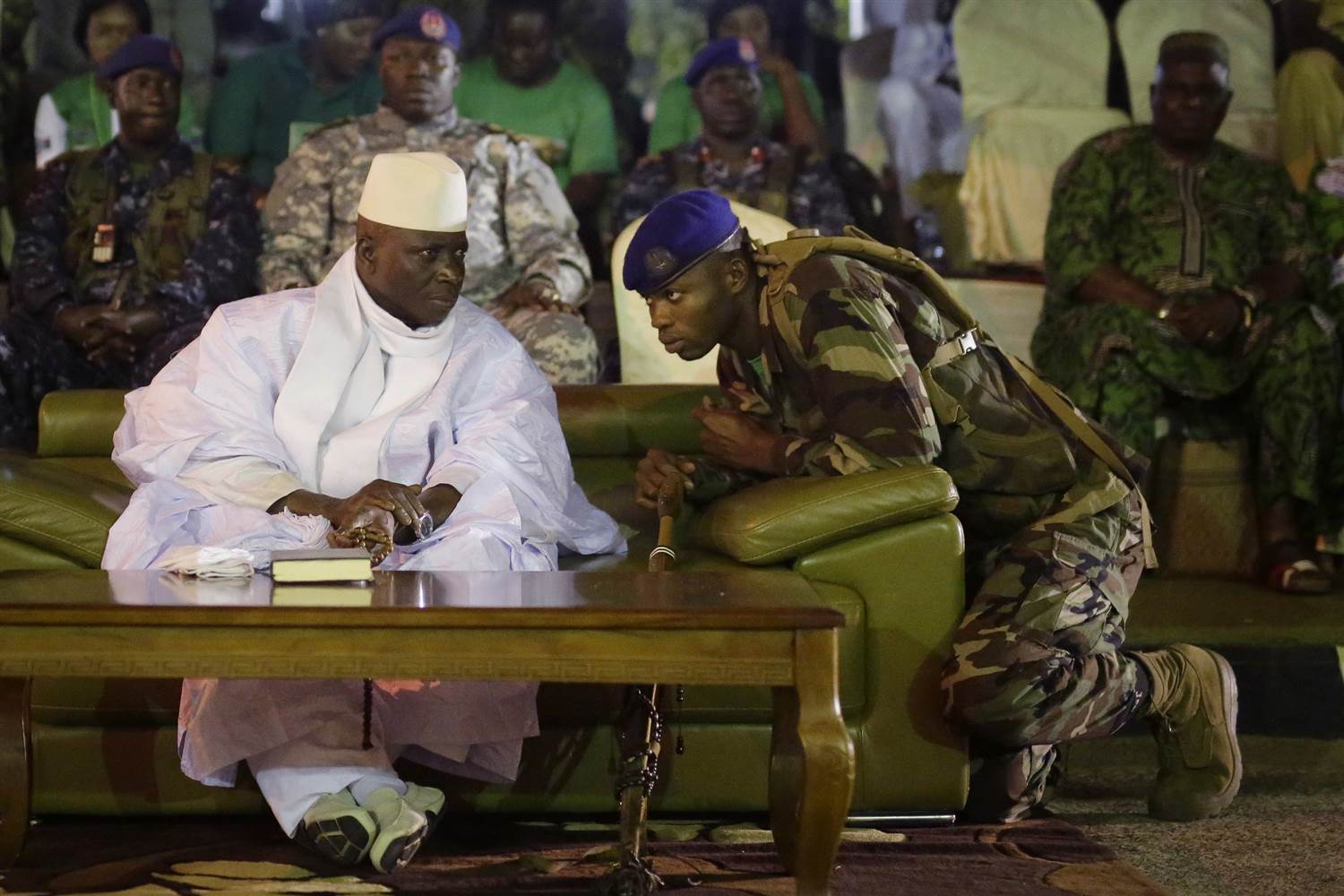 A Gambian officer speaks to President Yahya Jammeh during his a rally in Banjul, Gambia on Nov. 29, 2016. Jerome Delay / AP

Mauritanian President Mohamed Ould Abdel Aziz flew to Senegal early Thursday for a meeting with President Macky Sall after last-minute efforts to get Gambian President Yahya Jammeh to peacefully step down failed. In a December election, Jammeh was defeated by real estate developer Adama Barrow, but a week after conceding, he changed his mind. With the support of other nations in the region, Senegal has threatened to invade Gambia in order to forcefully remove Jammeh, who has ruled for more than two decades and once said he would preside over Gambia for “a billion years.” Barrow was supposed to be sworn in on Thursday at the national stadium, but a spokesman said the ceremony will now take place at an undisclosed location.

Gambians and other Africans should have been celebrating the triumphs of democracy today. Mr Adama Barrow, who defeated strongman Yahya Jammeh in last month’s presidential election was to be sworn-in to take over power through a popular mandate. But this has been jettisoned.

Instead, the country has been thrown into turmoil as defeated President Jammeh ensconces himself in power and declares a 90-day state of emergency. President-elect Barrow is away in Senegal in forced exile. And panic has set in, forcing many fearful citizens to flee to neighbouring countries.

The real tragedy, though, is the inaction by the continent. Here is a rogue fellow, who should be languishing in jail, but is left to run roughshod over a nation without any sanctions.

The Economic Community for West African States (Ecowas), which had undertaken to unlock the impasse, seems vanquished. And the continental monolith, the African Union, has not done anything either. Yet the era of crackpots is long gone and most of Africa has turned the corner.

Nigeria and Ghana have recently set strong precedents with incumbent presidents peacefully handing over power after losing elections. That is the way to go, and hence the justification for the forceful ejection of Jammeh.

Democracy has no shortcuts. African leaders must respect the rule of law and the few intransigent ones must be ousted.

Gambia shame for Africa Reviewed by samrack on January 19, 2017 .