Gachagua’s body arrives in the country, received by family, dignitaries 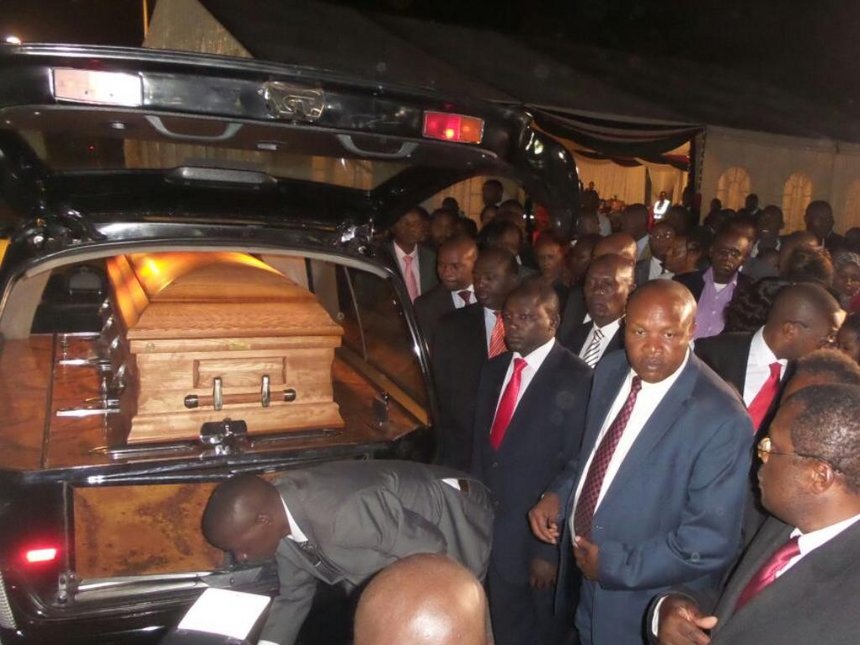 The body of the late Nyeri governor Nderitu Gachagua at the JKIA moments after arriving from UK. COLLINS KWEYU

Gachagua’s body arrives in the country, received by family, dignitaries

The body of the late Nyeri Governor Nderitu Gachagua arrived in the country early Thursday morning.

The Plane carrying the body touched down at JKIA at 5 am from the UK.

The body was received by his wife Margret Karungaru and new Nyeri governor Samuel Wamathai.

After the arrival of the body, there was a brief service at the JKIA.

The body will be at Lee Funeral Home before a memorial service and funeral on Monday.

Gachagua’s family led by brother Rigathi Gachagua accompanied the body from the UK.

The Council of Governors had sent three governors to accompany the body back home from the UK.

They are Paul Chepkwony (Kericho), Kenneth Lusaka (Bungoma) and Jack Ranguma of Kisumu.

He will be buried next Monday at his home in Mathira.

Gachagua’s body arrives in the country, received by family, dignitaries Reviewed by samrack on March 1, 2017 .