From Street-Boy to Duke University, USA: This is how Josphat-Loukot made it 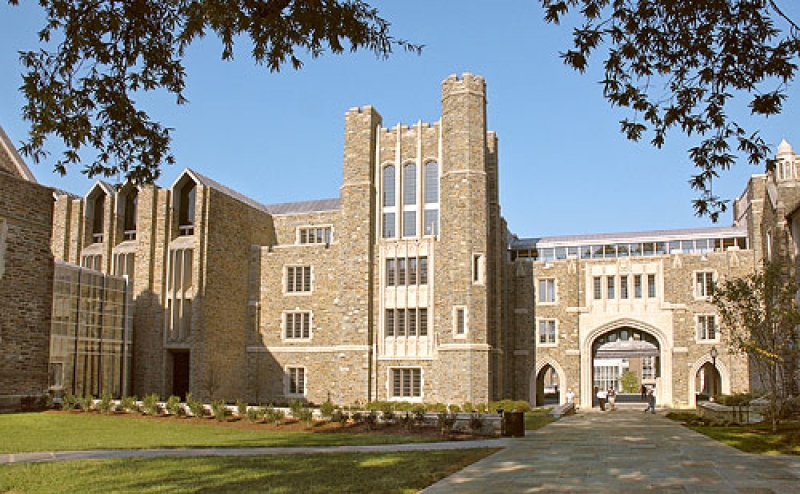 From Street-Boy to Duke University, USA: This is how Josphat-Loukot made it

When Josphat Loukot was nine-years-old, his parents separated. Unable to cope with the harsh situation he found himself in, coupled with the harsh Baringo County terrain, the young boy fled to the streets for refuge. Unfortunately, his move ended with him subsisting on leftovers, lunch offers and petty theft. Despite the unfortunate turn of events, Loukot retained his interest in acquiring an education.

To actualise his dream, Josphat left the streets under the patronage of Full Gospel Churches of Kenya in Noiwet. Soon after, he joined Noiwet Primary School in 2004 under guidance of one community elder. Even with a benefactor, Loukot’s educational journey was packed with hurdles. Fitting in school was a challenge. While on the streets, Josphat had contracted chest problems and body scars. The scars especially caused him grief as his classmate’s continuously poked fun at him. Despite this, Josphat worked hard and scored 393 marks in the Kenya Certificate of Secondary Education exams. Meanwhile, his mother had won the trust of a section villagers who built a house for her family and ensured she had a steady supply of menial jobs such as cleaning the local slaughterhouse, tilling people’s farms and burning charcoal.

Loukot was awarded a Wings To Fly Scholarship to study in Lenana School. There, his momentum was unstoppable as he excelled in his studies and grabbed leadership roles including being the chair of the Student Council and the lead author of a Precise Chemistry book. He also actively participated in a mentorship programme conducted by Akad Education Group-Africa

Today, Josphat boasts of being the winner of Sh150,000 for entrepreneurial achievement – an Allan Gray Award- by the Allan Gray Investment Company in South Africa.

“I was also among a team of five that organized the Southern African Ideas festival that brings youth from across Africa for a three-day mentorship event in South Africa. I was also a peer counselor, a mathematics Tutor, a financial officer of student enterprise — Bezos Scholars — and a Student Ambassador representing African Leadership Academy in official functions,” he says.

The soft-spoken student was one of five students who represented Africa in the Aspen Ideas Festival, Colorado, and USA. Through this opportunity, he met remarkable individuals including former US Secretary of State John Kerry, Walter Isaacson (former CNN boss and current president of the Aspen Institute); David Brooks (Columnist of the New York Times); and Adam Grant whose consulting clients include Google, US Army and the World Economic Forum. This event came a week before he received a full tuition scholarship to attend the Yale Young Global Scholars program in New Haven, Connecticut, USA to discuss various seminal texts related to climate change and energy.

Moreover, Loukot was the recipient of the Bloomberg Start-up Scholarship under the Scholarship America which selects five students for the scholarship in Africa.

The icing on the cake, however, was the acceptance of Loukot’s applications to Duke University, Williams College, Vanderbilt University and Michigan State University (USA) on a full MasterCard scholarship. He has opted to join Duke University in 2018 after a gap year to major in Economics and Mathematics and minor in Energy Engineering. During the gap year, Loukot keeps busy and recently, he graduated in entrepreneurial leadership, African studies, writing and rhetoric from the African Leadership Academy in Johannesburg, South Africa. He will intern with Global Addictest, a Moroccan organization that focuses on SAT tutoring to North African students applying to American institutions.

Loukot, who hopes to get into politics one day and advocate for the rights of marginalized communities, urges self-reflection, learning and confidence by youth.

From Street-Boy to Duke University, USA: This is how Josphat-Loukot made it Reviewed by samrack on August 31, 2017 .

Share thisFacebookTwitterPinterestEmailWhatsAppDuke University From Street-Boy to Duke University, USA: This is how Josphat-Loukot made it When Josphat Loukot was nine-years-old, his parents separated. Unable to cope with the harsh situation he found himself in, coupled with the harsh Baringo County terrain, the young boy fled to the streets for refuge. Unfortunately, his move ended with