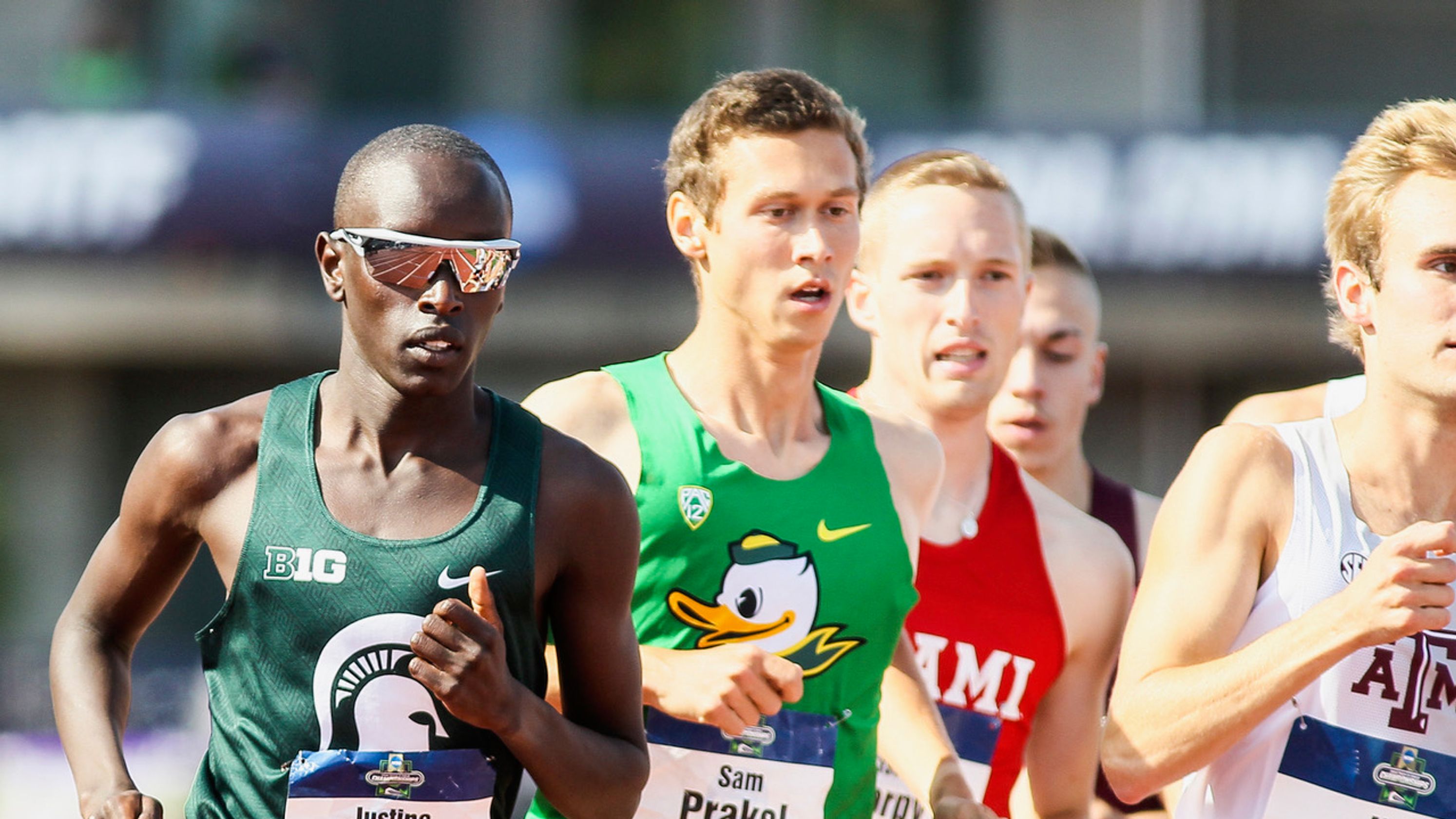 EAST LANSING — Before Justine and Faith Kiprotich ever set foot on Michigan State’s campus, before they racked up thousands of miles as distance runners, they had to get to the United States.

The siblings, born in Kenya, lived there for roughly the first decade of their lives. They immigrated to the U.S. as preteens, alongside their mother, Grace Cherono. They were able to make the move after repeated attempts at applying for a green card.

Now, the two are Spartans — and successful ones at that. Justine was an All-American in the 2016-17 outdoor season. He finished second at the NCAA Championships that year as well.

On Sunday, he finished in sixth place in the Big Ten cross country championship, which earned him first-team All-Big Ten honors.

Faith is just starting her collegiate running career after redshirting as a freshman.

More recently, Justine formally became a United States citizen, a choice months in the making. He said the process of running as an American is more fluid and everything is on the record.

“For me, it was a decision whether I wanted to represent the United States or Kenya,” Justine said. “After a lot of decisions, talking with my coaches and my mom, we decided that it would be much better for me to become a U.S. citizen.”

But before they ever became long-distance runners, classmates in Kenya poked fun at both Justine and Faith as children.

It wasn’t anything malicious; the punchline of the joke being that the two were perfectly suited to become distance runners. Justine and Faith are both of the Kalenjin tribe in Kenya, which has historically produced some of the greatest long-distance runners ever.

“Other than my sister, I was the only one Kalenjin at school,” Justine said. “They were always teasing me about running. It cultures you into being a great runner and always knowing running, it’s in you.”

Knowing that, everyone around the two pushed for them to pursue the marathon instead of sprinting.

Though Faith said there is a sense of pride behind the history of her people.

“I think it’s cool,” Faith said. “Like, the genes and the blood, it’s already in us. I think it’s really cool.”

And their parents’ influence certainly helped. Their father, Lemmy Kiprotich, was a professional runner. While Cherono never pursued running past high school, she raced back in the day, too.

Both said their father never pressured them in distance running. Even when they dabbled as teenagers, Faith said Lemmy wasn’t “hardcore” or anything like that. But Cherono said she always knew her children would become runners one day.

“When Justine and Faith grew up, I was always instilling them to run,” Cherono said. “Run because running is in our family. That’s what I always told them. I used to run, their dad used to run.”

So when Michigan State came calling for Justine first, it was a dream come true. Faith quickly followed suit a few years down the line.

“That’s what I wanted all my life,” Cherono said. “I wanted them to get into a better school, do running. Get a better place to focus in running and all this stuff. I knew that MSU had good coaches.”

Of course, the transition of moving thousands of miles from Kenya to the U.S. wasn’t all smooth. There was some paperwork to complete, but more importantly, there was the cultural shift. Cherono said the move affected her more than her children. She also explained that in Kenya, the community raises a child, which was a change when moving to Michigan.

“We come from a community where everybody’s your friend,” Cherono said. “If you go to Kenya right now, everybody will be your friend.”

But for now, the siblings are teammates on the MSU cross country and track and field programs. Faith looks to make her mark on a successful long-distance program like Michigan State’s as her older brother continues to mentor her.

“He’s an overprotective brother,” Faith said of Justine. “At home, we play fight and all this stuff. But at practice, he’s overprotective. He’s like, ‘Do this, do that, don’t do that.’ He’s still the same.”

As a fifth-year senior, Justine only has one goal in mind: to become an NCAA champion. It’s his final shot as a Spartan before turning to professional running.

“This year, it’s going to be different,” Justine said. “I’m going to have a different mindset. I know that I’m shooting to be NCAA champ for sure. That’s the goal for now, is to be the winner.”

Share thisFacebookTwitterPinterestEmailWhatsApp(Photo: Michigan State University) From Kenya to East Lansing, Michigan State’s Justine Kiprotich finds success EAST LANSING — Before Justine and Faith Kiprotich ever set foot on Michigan State’s campus, before they racked up thousands of miles as distance runners, they had to get to the United States. The siblings, born in Kenya, lived