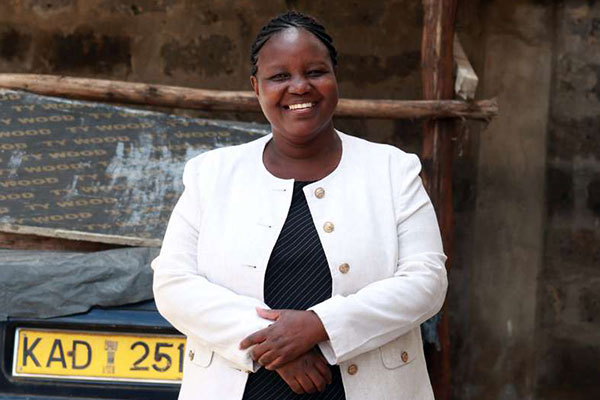 Many can argue that the long and strenuous routine and hours are part of what Francisca Akinyi knew she was getting into when she joined the nursing profession.

Ms Akinyi had undergone the training and even religiously developed herself professionally. She was sure of handling any issue.

But the Covid-19 pandemic has taken her aback. The disease has come with new challenges, which prompted the nurse to take a refresher course.

There was no Covid-19 disease in Kenya three months ago and Ms Akinyi, a senior nursing officer at Kenyatta National Hospital (KNH), was working at the Infectious Disease Unit.

Exactly a year after taking up the job, another posting came. She was told to join the team that was to manage Covid-19 patients.

This group was to be housed at Mbagathi Hospital, the designated primary isolation centre.

The weight of the country’s coronavirus preparedness was placed on the shoulders of these 13 other nurses and six doctors.

“The team is big enough to handle the cases. As in my previous postings, the routine remains the same. The only difference is that with the curfew, the daytime shift ends at 4.30pm,” she says.

The health workers on the frontline the world over have been showered with accolades and it is easy to see why.

The group in the latter shift is made up of three nurses. Most team members barely had time to prepare following the presidential directive to have the Mbagathi isolation centre set up immediately after the first case was reported.

“Like the rest of the people, we were afraid of getting into the world of the unknown, but based on the earlier Sars training, we were ready,” she says.

Like Covid-19, Sars was a contagious and fatal respiratory illness caused by a coronavirus.

It emerged in China in 2002 and spread quickly around the world. Fortunately, it was quickly contained.

Ms Akinyi says the similarities between Covid-19 and Sars gave many health workers an idea of what they were about to face.

From the time the first case was reported in Kenya three weeks ago, Ms Akinyi has been on 10-hour shifts.

She found herself taking care of the first two patients, who have since recovered.

Her journey as a nurse at KNH started 21 years ago, and she worked in the oncology section and the isolation ward for multidrug-resistant TB (MDR-TB) patients.

In March 2019, she was moved from the MDR-TB ward to the relatively new Infectious Disease Unit (IDU).

The 11-bed unit was built during the Ebola epidemic in the Democratic Republic of Congo.

Before taking up the current assignment, Ms Akinyi consulted her children, just as she did when she went to the IDU.

“I inform them about every sensitive assignment I am about to undertake, just in case something happens to me. When Covid-19 came, I prepared and reassured them that all would be fine,” the mother of two says.

Ms Akinyi recounts the reservations her eldest daughter had.

For the first time, Ms Akinyi had to ensure physical distance at work and at home. One of her children has a condition that makes her easily prone to infections.

“I asked her to go to her sister’s place as we weighed the situation. A week later, she was back. That meant decontamination at the hospital and home to reduce the chances of infection,” she says.

The nurse had to ban her daughter from her bedroom. She also must clean and disinfect shared facilities like the bathroom.

The utensils must be thoroughly cleaned and her laundry is done separately.

“We no longer sit at the dining table to share a meal. When my daughter cooks; she places food outside my bedroom. After eating, I place the dishes in a bucket with a disinfectant. We cannot take any chances,” Ms Akinyi says.

The workers fighting the virus commute to and from hospital daily.

Some use matatus and taxis. For that reason, the medics must ensure they are not infected or carrying the virus on their clothes.

“Many people get infected during doffing — after handling a patient — because they may not remove their protective gear properly,” Ms Akinyi says.

While attending to patients, health workers need overalls that cover them properly. Gumboots and goggles or face shields are decontaminated for reuse.

“We may find ourselves in the suit for several hours, depending on the number of patients and their individual needs,” she says.

To enhance safety, the medics synchronise their activities to reduce movement in and out of a bed area. They provide food, drugs and do their regular observations — temperature, blood pressure checks — at the same time.

As the number of patients increases, there are growing calls to minimise contamination among staff.

Francisca Akinyi: Untold sacrifices of a Covid-19 nurse Reviewed by samrack on April 12, 2020 .

Francisca Akinyi is a nurse at Kenyatta National Hospital treating coronavirus patients. PHOTO | DENNIS ONSONGO | NATION MEDIA GROUP Francisca Akinyi: Untold sacrifices of a Covid-19 nurse Many can argue that the long and strenuous routine and hours are part of what Francisca Akinyi knew she was getting into when she joined the nursing