Four Cabinet Secretaries, 6 PSs and An Ambassador Forced Out Of Office In Mega Corruption Purge 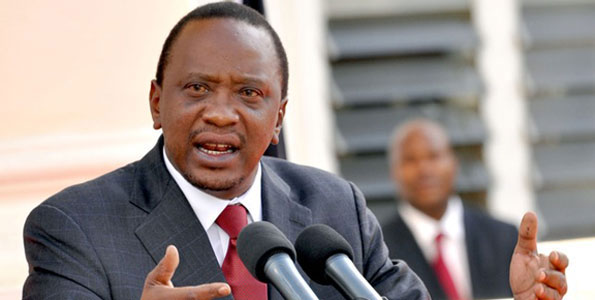 State House Spokesman Manoah Esipisu told a news conference held at State House that the President has appointed other CSs to act in their dockets pending probe.

President Uhuru Kenyatta has reiterated that 12 governors under investigation by the Ethics and Anti-Corruption Commission (EACC) should step aside so as not to interfere with the process of either vindicating or damning them.

“As the President told Parliament, it is not his place to determine the guilt or otherwise of the state or public officers named in the ethics and anti-corruption report but that the time has come to send a strong signal to the country,” he said.

The Coalition for Reforms and Democracy (CORD) is accusing the presidency of using the Ethics and Ant-Corruption Commission to fight its political wars.

A statement by CORD leader Raila Odinga read by Busia Women Representative Florence Mutua claimed that the President omitted the names of his close allies and instead replaced them with those of individuals who were perceived to be enemies of the State and those seen not to be towing the party line.

Four Cabinet Secretaries, 6 PSs and An Ambassador Forced Out Of Office In Mega Corruption Purge Reviewed by samrack on March 28, 2015 .