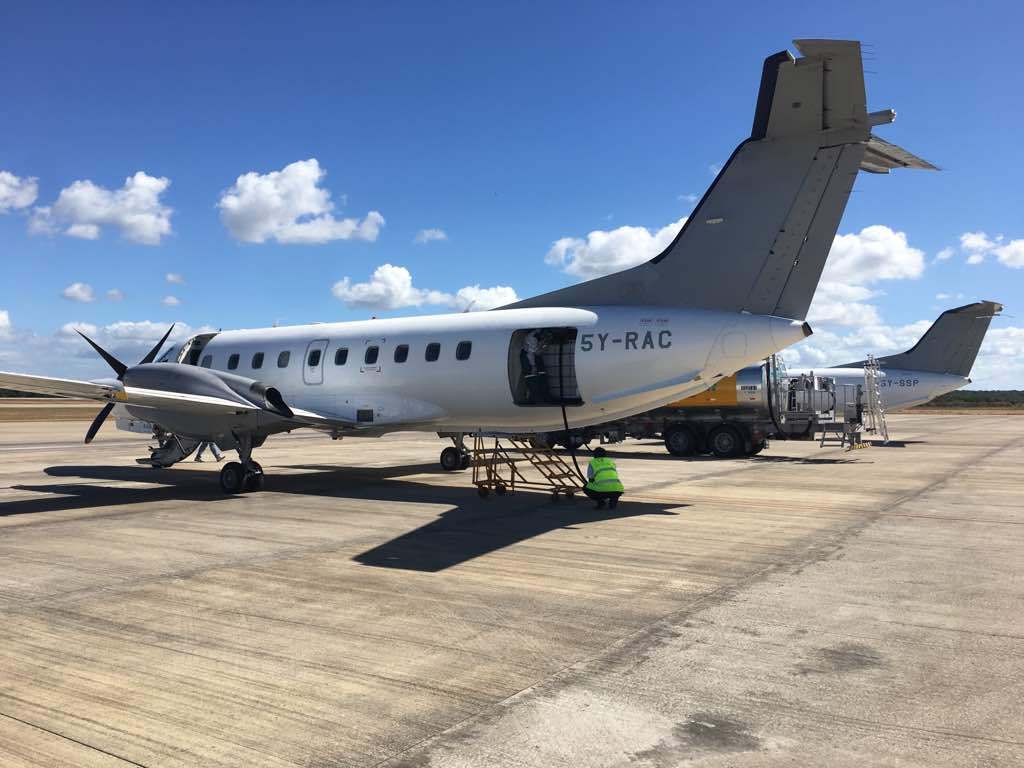 One of the planes to be operated by Britex Air Services

The airline is seeking to give Jambojet, Kenya Airways and Fly540 competition as it flies from Wilson Airport which is closer and more convenient to many business people compared to JKIA.

The airline is looking to operated two return flights every day using a 30 seater Embraer 120 it recently acquired from Brazil. It will also rely on Reliance Air Charters to operate for it the flight so as to save on crew and servicing.

The airline is managed by Dick Opiyo who was formerly with Jetlink.

The cheapest ticket on the airline goes for Ksh 5,200, varying with day of travel and pre-flight booking duration. The airline has also indicated that it will soon launch a Kisumu to Mombasa return flight with a short stop at Wilson Airport.