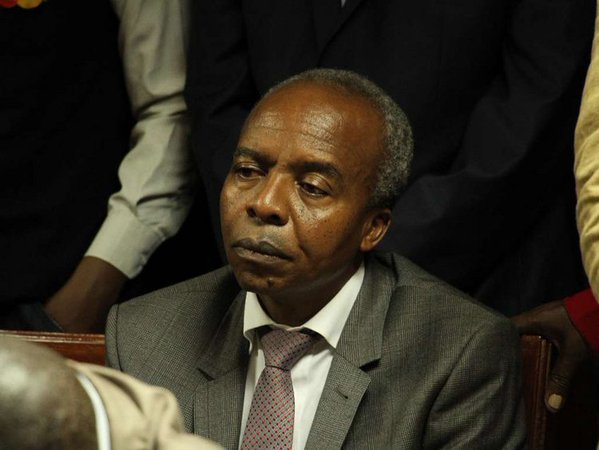 A court has dismissed former Transport CS Michael Kamau’s petition for the termination of corruption charges against him.

In a ruling on Friday, senior principal magistrate Lawrence Mugambi said the DPP has the mandate to prosecute a case using information from anywhere.

“The information can be from the roads or the bushes, as long as it forms evidence against the accused,” Mugambi said.

Kamau was charged in relation to the construction of Kamukuywa-Kaptama-Kapsokwony-Kimili Road.

The road is said to have been redesigned leading to the massive embezzlement of funds.

Kamau, former land CS Charity Ngilu and seven others  challenged their prosecution on grounds that the EACC was improperly constituted when it recommended charges against them.

They said the Ethics and Anti-Corruption Commission at the time lacked the constitutional mandate to carry out a probe. The lack of commissioners, they said, meant a lack of requisite legal backing.

Ngilu was charged with obstructing investigations into the Sh8 billion Karen land saga and Kamau with abusing his office in the awarding of a road tender.

The Karen land is at the centre of a court battle between businessman Horatius Da Gama Rose and former NSSF Managing Trustee Jos Konzolo.