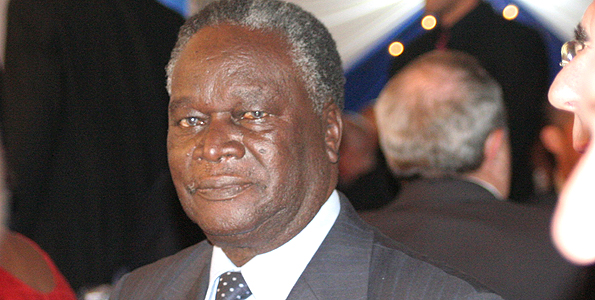 Former Cabinet Minister Nicholas Biwott is dead. The 77-year-old veteran politician passed away on Tuesday at around 11 am after being admitted at Nairobi hospital following a long illness.

A member of the family said that his body has been moved to Lee Funeral Home in Nairobi, but did not disclose the cause of his death.

Biwott served as a Member of Parliament for Keiyo-Marakwet and later the Keiyo South Constituency for a period of 28 years.

He headed several ministerial and government posts in the KANU government under all the first three presidents, Jomo Kenyatta, Daniel arap Moi and Mwai Kibaki. Ministry of Agriculture, Finance, Home Affairs and East Africa Corperation are some of the ministries he headed.

Biwott was a close confidant of former president Daniel Arap Moi during his tenure.