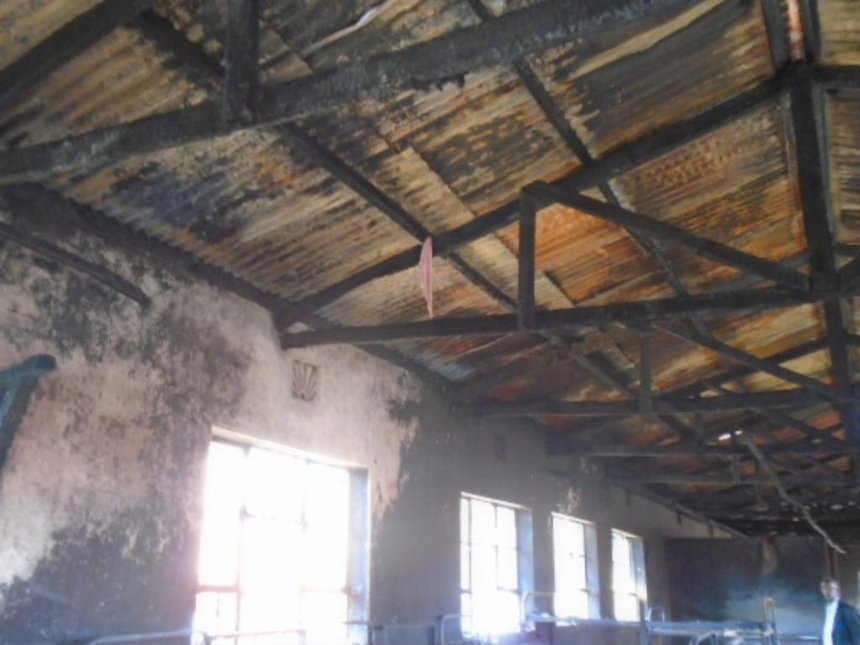 A file photo of a dormitory destroyed in a school fire. /DENNIS DIBONDO

Property of unknown value was reduced to ashes in a dormitory fire at Butula Boys’ High School in Busia on Wednesday night.

Butula subcounty commissioner James Oloo said no injuries were reported in the incident at about 7pm.

Oloo said all the students who were on the first floor of the dormitory were evacuated on time but that no property was salvaged.

“We managed to contain the situation with the help of the students and fire fighters from Mumias Sugar Company and Uganda,” he said.

Oloo said they were yet to establish the cause of the fire but that they launched investigations.

But he questioned the presence of form four students yet schools were closed for the August holidays.

He asked the school’s principal to explain why they remained in school.

“Tuition was banned in schools and we have instructions to ensure those who do not adhere to the rules and regulations are punished.’ he said.

He said those who were at the school had just arrived from the music festival.

Cases of school fires became the norm and saw the closure of several for investigations and to prevent student unrest.

Education CS Fred Matiang’i’s tough reforms were linked to the incidents but some said students were acting out for lacking channels through which to air their grievances.