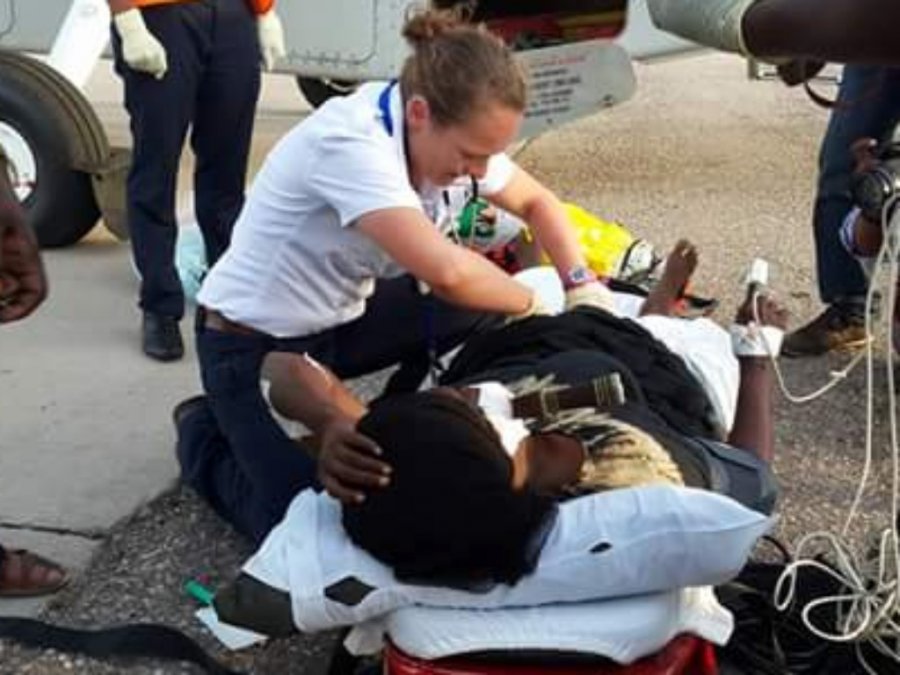 Fatuma Ibrahim, who was stabbed in the cheek by her husband in a family dispute in Wajir, upon arrival at Kenyatta National Hospital for an operation on Thursday. Photo/COURTESY

A woman who was stabbed in the cheek by her husband in Wajir has been flown to KNH for an operation to remove the knife that struck a bone.

Fatuma Ibrahim was airlifted to Nairobi by Amref Flying Doctors following the attack in Khorof Harar by her husband Mohamed Deeq over a family dispute.

Doctors at Wajir General Hospital said they could not remove the knife as this would likely result in complications.

They said chances were that the complications would endanger the life of the 32-year-old woman.

In an attempt at mediation before the stabbing, Deeq’s brother had confiscated knives and gone to a police station to seek assistance.

The police and medics secured Ibrahim an ambulance in which she was rushed to the hospital.

Women who turned up in large numbers in Ibrahim’s support lampooned the government for ignoring their rights.

“The rights of women must be upheld to prevent attacks by these beasts. We want the government to be serious about gender-based violence,” said one identified as Sahara Keynan.

Wajir East OCPD Benson Makumbi said Deeq was placed in police custody and will be charged with causing grievous bodily harm on Friday.

Fatuma Ibrahim at KNH for surgery to remove knife lodged in cheek by husband Reviewed by samrack on January 7, 2016 .