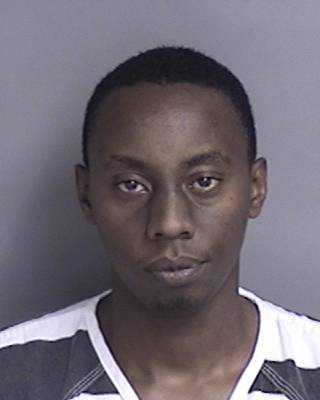 Speaking to Mwakilishi.com,the family says Newton, 22, returned to his apartment complex drunk on Sunday around 3:30am. He entered what he thought was his apartment through an unlocked front door and headed straight to the bedroom. Unfortunately that happened to be his neighbor’s apartment, and what he thought was his bedroom was actually the neighbor’s 7-year-old daughter’s bedroom. On noticing a stranger had entered her bedroom, the girl screamed, alerting the parents who were asleep in a separate bedroom.

On waking up to the girl’s screams, Newton’s family says a struggle ensued between the girl’s father and Newton, who in his drunken stupor had up to that point not realized that he was in the wrong apartment. The girl’s parents restrained Newton and called police, who arrested him and charged him with five counts – second-degree burglary, two counts of first-degree attempted sodomy, sexual abuse of a child less than 12 and first-degree sexual abuse/forcible compulsion.

His is being held at the Jefferson County Jail on a $2.5 million bond for the five felony charges.

Newton’s family disputes the police’s account of the event, and hopes further investigations by Jefferson County Police and Jefferson County District Attorney’s Office will reveal that no sexual assault occurred nor was there any other kind of physical contact between Newton and the girl. They also insist that contrary to the police report, Newton entered the neighbor’s apartment through an unlocked door and not through a second-floor sliding door.

Family of a Kenyan Man Accused of Sexually Assaulting a 7-Year-Old Girl in Alabama Disputes Charges Reviewed by samrack on September 2, 2015 .