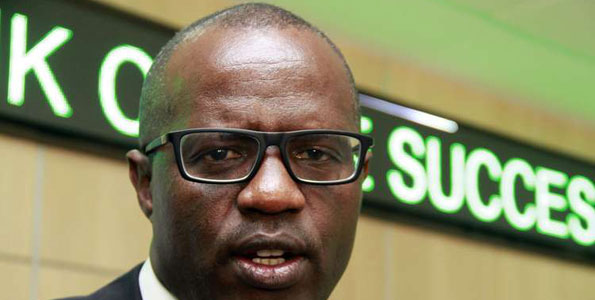 Family Bank has received a Sh3.42 billion (€30 million) loan from the European Investment Bank (EIB) for onward lending to small and mid-sized businesses.

The credit line marks yet another deal for the mid-sized lender that is increasingly turning to cheaper credit lines from international lenders to match the expansion of its loan book.

Family Bank said it is expecting a further Sh1.14 billion in a months’ time from the European lender, in what will make it the third facility following on the Sh2 billion advanced in May 2014 from EIB.

“The SME Sector where the funds will be deployed forms the bulk of revenue-generating and employment creation in our economy. Addressing access to funding for this sector is therefore of utmost importance to us as a Bank and the economy at large,” said Family Bank managing director Peter Munyiri.

Mr Munyiri is set to exit in June, when his current contract expires.

In total, Family Bank has received more than Sh6.5 billion in cheap financing from the EIB, underlining the lender’s strategy to grow its lending using tier-two capital from development finance institutions.

The lender in December inked a similar deal with Dutch financier Oiko to advance Sh1 billion in loans to the small enterprises.

The homegrown lender posted a Sh1.98 billion full-year net profit in the period ended December 2015, representing a growth of a tenth.

The institution started in 1984 as a micro financier – Family Finance Building Society – before converting into a fully-fledged commercial bank in May 2007. The lender currently has a footprint of 91 branches.

It has resorted to a multi-pronged capital raising strategy – a mix of equity and debt – to bankroll growth.

Last year it raised Sh2 billion through a bond issue that is currently trading at the Nairobi bourse.

The bank has also lined up another rights issue set for later this year, hot on the heels of a Sh3.1 billion cash call held in the fourth quarter of 2014.

Family Bank’s impending rights issue will be the fifth in as many years having raised Sh977 million in 2010 followed by a Sh1.1 billion cash call in 2012 and a further Sh435 million from existing shareholders the following year.

It also raised Sh557 million in 2013 through a bonus share offer.

Peter Munyiri, the Family Bank managing director. PHOTO | FILE Family Bank gets Sh3.4bn credit line from EIB Family Bank said it is expecting a further Sh1.14 billion in a months’ time from EIB, in what will make it the third facility following on the Sh2 billion advanced in May 2014 from the European lender.