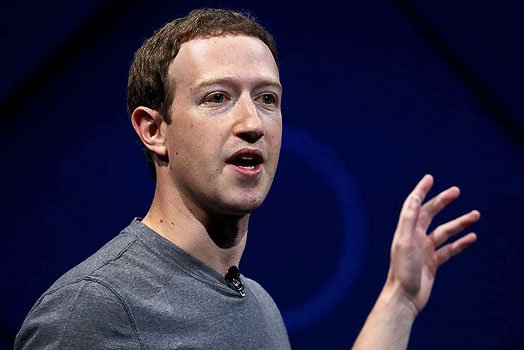 Thirteen years after dropping out of Harvard University to work on Facebook, Mark Zuckerberg on Thursday finally got his degree — well, sort of.

Zuckerberg returned to the university where he launched what would become the world’s biggest social network, and basked in the spotlight by receiving an honorary doctor of laws degree and addressing the 2017 commencement.

His speech capped a nostalgic visit for the 33-year-old billionaire, which included a visit to his old dorm room.

“Mom, I always told you I’d come back and get my degree,” read the caption of a picture he posted of him posing with his honorary diploma and his parents.

Facebook — now one of the biggest tech firms, with nearly two billion members worldwide — grew out of a website he created on campus.

He left Harvard in May 2004, according to his Facebook profile.

In his address, which he said he’d been working on “for a long time,” Zuckerberg urged graduates of his alma mater to “build great things.”

He highlighted themes of equality, inclusiveness and opportunity, while urging students to be unafraid to take chances.

“I’m here to tell you that finding your purpose isn’t enough,” he told the rain-soaked crowd in Cambridge, Massachusetts.

“Our challenge is to create a world where everyone has a sense of purpose.”

Zuckerberg said he is from the same generation as the new graduates, and that the so-called Millennials will be facing a challenge of inequality, disillusionment and a loss of jobs to automation.

“It’s our generation’s turn to build great things,” he said.

Zuckerberg said opportunity is hindered by “a level of wealth inequality that hurts everyone” and that this is one of the social problems that need to be addressed.

“Right now our society is way over-indexed on rewarding people who are successful,” he said.

“There is something wrong with our system when I can leave here and make billions of dollars in 10 years while millions of students can’t even afford to pay off their loans, let alone start a business.”

“We should explore ideas like universal basic income to make sure everyone has a cushion to try new ideas,” he said.

“Now it’s time for our generation to define a new social contract. We should have a society that measures progress not just by economic metrics like GDP but by how many of us have a role we find meaningful.”

FACEBOOK FOUNDER MARK ZUCKERBERG GETS HARVARD DEGREE, AFTER 13 YEARS Reviewed by samrack on May 26, 2017 .