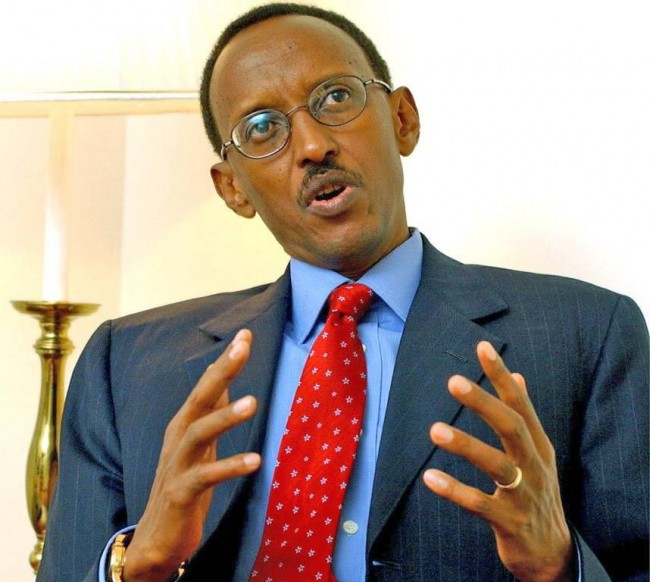 We are excited to announce that President Paul Kagame will provide the closing keynote address at our conference banquet, held at the Boston Convention & Expo Center. To attend this session, please ensure that you purchase a “conference + banquet+party” ticket.

His Excellency Paul Kagame – Paul Kagame was born in October 1957 in Rwanda’s Southern Province. His family fled pre-independence ethnic persecution and violence in 1960, crossing into Uganda where Kagame spent thirty years as a refugee. Determined to resist oppressive regimes, as a young man, Paul Kagame joined current Ugandan President Yoweri Museveni and his group of guerrilla fighters to launch a war to free Uganda from dictatorship. Under the new government, he served as a senior military officer.
In 1990, Paul Kagame returned to Rwanda to lead the Rwandan Patriotic Front’s (RPF) four-year struggle to liberate the country from the autocratic and divisive order established since independence. Led by Kagame, the Rwanda Patriotic Army defeated the genocidal government in July 1994 and the RPF subsequently set Rwanda on its current course towards reconciliation, nation building and socioeconomic development.

Paul Kagame was appointed Vice-President and Minister for Defence in the Government of National Unity on 19 July 1994, and four years later was elected Chairman of the RPF, a partner in the Government of National Unity. On 22 April 2000 Paul Kagame took the Oath of Office as President of the Republic of Rwanda after being elected by the Transitional National Assembly. President Paul Kagame won the first ever democratic elections held in Rwanda in August 2003 and was re-elected to a second seven-year mandate in August 2010.

President Kagame has received recognition for his leadership in peace building and reconciliation, development, good governance, promotion of human rights and women’s empowerment, and advancement of education and ICT, and is widely sought after to address regional and international audiences on a range of issues including African development, leadership, and the potential of ICT as a dynamic industry as well as an enabler for Africa’s socioeconomic transformation. President Kagame served as chair of the UN Secretary General’s Advisory Group on MDGs from 2010 to 2015 and is the current co-chair of the ITU’s Broadband Commission alongside Carlos Slim.

Paul Kagame is married to Jeannette Nyiramongi and they have four children. He is a keen tennis player and football fan.

With the conference less than two weeks away, we are filled with excitement about the great panels, keynotes and entertainment we have in store for you! View our announcements below, which include:

Conference is 90% sold – get your tickets while they last!
With the Africa Business Conference only 9 days away, tickets are almost sold out. To attend, buy your tickets here today! Conference registration closes on February 24th at 12pm ET.

View our Panelists!
We have updated our website to include many of our distinguished panelists – including executives from Standard Chartered, Mastercard, African Leadership Academy, Uber, Ernst & Young, and many other thought-leading firms. From Entrepreneurship to Sports & Media, our panels are designed to inspire innovation and disruption across all industries.

Career Fair Participants
We have confirmed over 30 companies for the career fair. They are all excited to meet and recruit talented leaders for Africa so be sure to check out the list at this link.

Iyanya
Iyanya Onoyom Mbuk, known as ‘Iyanya’, is a Nigerian recording artist, singer, songwriter, and performer best known for winning the 2008 MTN Project Fame West Africa as well as for his songs “Kukere”, “Ur waist”, “Sexy Mama”, “Flavor”, “Le Kwa Ukwu’ and “Away”. He released his debut studio album, My Story, in 2011.

Sarkodie
Born as Michael Kwesi Owusu Addo, Sarkodie is an award-winning Ghanaian rapper, internationally famous for his role in the historic Ghana cypher that appeared on the international airing of the 2010 BET Hip Hop Awards. Sarkodie was listed the 8th Most Bankable Celebrity in Africa by Forbes Africa & Channel O.

The mission of the Harvard Business School is to educate leaders who will make a difference in the world. The Africa Business Club (ABC) at Harvard Business School established the ABC Leadership Excellence Award to recognize the remarkable achievements of HBS alumni who exemplify this mission. We are excited to announce that the 2016 recipient of this award is South African media mogul Khanyi Dhlomo.

Meet our Corporate and Media Partners!
We are proud to announce our newest partners: Arik Air, Jospong Group, The Awethu project and General Assembly.

Exciting updates from the Africa Business Conference 2016; New Keynote Speaker – H.E. Paul Kagame (President of the republic of Rwanda) We are excited to announce that President Paul Kagame will provide the closing keynote address at our conference banquet, held at the Boston Convention & Expo Center. To attend this session, please ensure that you