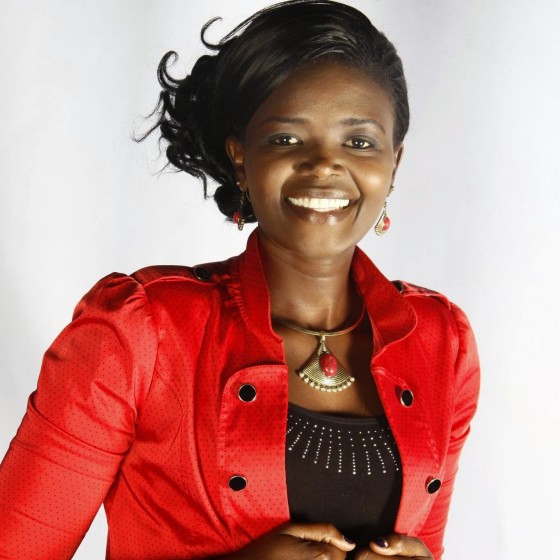 Gospel singer Eunice Njeri does not mince her words regarding her opinion of gospel music in the country.

“If the music you’re listening to does not lead you to God’s presence, it’s not gospel music, period!” asserts Njeri.

It’s only 9.30am, but the upmarket Savannah Coffee Lounge on Loita Street in Nairobi where we’re having the interview is already teeming with sharply-dressed executives out for a quick cup of coffee.

Their shiny shoes and smart suits stand in stark contrast to the hooded sweatshirt and jeans that the “Natamani” singer is wearing.

Clearly, Njeri is not out to please anyone. The two-time Groove Award winner commands the respect of the industry, from gospel deejays like DJ Sadic (Marvin Sande), a self-confessed fan of her music, to producer Dr Eddie (Edward Omondi), who often cites her songs as examples of authentic gospel music.

At first you might mistake her stern views as reflecting a judgmental, holier-than-thou attitude, but when you talk to her some more, you realise that in fact she isn’t.

When she’s not having tea with a friend at her favourite hangout, Java, Sarit Centre, she’s shopping or reading a good book, or even watching an action series like 24.

Besides, her personal devotional times are brief and simple. She simply downloads a devotional piece from American Pastor Charles Stanley’s In Touch Ministry, which she uses to guide her daily prayers and meditation.

Still, she is unflinching regarding her her views on what the  gospel music ministry should be like.

“Why would you want to use your God-given talent just to get fans?” she asks, referring to unnamed fellow gospel artistes whom she sees as focusing more on the glories of stardom than the glory of Christ.

“God is not short of musicians who will put out true gospel music that exalts Christ and draws people to the cross,” she offers.

But listening to “Unatosha”, a nostalgic worship number from her latest album, “Natamani”, one can’t help but notice a certain vulnerability, a brokenness that comes through her voice.

It’s a stark contrast to her no-nonsense attitude she has when she speaks.

And as Zuqka questioned her about her past, she recalled a devastating childhood even that broke her heart.

The second-born in a family of eight children, four boys and four girls, Njeri grew up in Nanyuki, the child of a prosperous, God-fearing couple.

But when she turned six, life took a drastic turn after her father, who was working at the Nanyuki branch of a large retail bank, was retrenched. Shortly afterwards, her mother, who was a manager in a reputable NGO in the county, was also laid off.

To cut costs due to the sudden turn in fortune, they transferred her from Nanyuki Baptist School to a cheaper school in mid 1989 while she was in Standard Three. On her second day in her new school, a classmate accused her of misplacing her book.

The accusation drew the wrath of the deputy headmistress, who she says slapped and kicked her before throwing her to the ground and stepping on her neck and stomach.

“I was a happy-go-lucky, brilliant academic kid, but that incident reduced me to a shy, and introverted student and set me up for a protracted battle with low self-esteem,” she recalls.

For many years after the incident, Njeri  felt “alone” and misunderstood, even by her parents. In her loneliness, she sang her heart out during the daily seven-kilometre trek to and from school, and whenever she took her father’s cows to graze.

She greatly admired Mariah Carey, Whitney Houston and the late Angela Chibalonza, whom she often imitated as she recorded herself singing on the family’s radio cassette recorder.

The three years after she completed high school (in 2000) saw her get heavily involved in the music department of her church, Gospel Outreach, Nanyuki, where she would occasionally lead the praise and worship. She also sought opportunities to sing at funerals, home fellowships and church events in the neighbourhood.

As she became increasingly preoccupied with music, a determined Njeri resolved to pursue singing as a career and soon began looking for opportunities to record.

After attending The Parachute Band’s heavily publicised worship concert at The Carnivore restaurant in Nairobi in December 2004, she decided to move from Nanyuki to Nairobi and went to live with an Aunt in Kangemi, where she started attending The Harvest Centre Church.

It was while singing back-up for the church’s first album, Sifa Zote, released in 2005, that she had her first experience recording music in a studio.

But it was her second appearance in a studio in 1997 that launched the career of the budding worship leader, who narrowly missed out on this year’s Groove Awards in which she was nominated in a record four categories: Female Artiste of the year, Worship Song of the Year, Collaboration of the Year and Song of the year. A philanthropic couple, who were members of Harvest Centre Church, sponsored her first solo album.

Eunice Njeri: Music helped me move on Reviewed by samrack on August 17, 2015 .

Eunice Njeri: Kenyan Gospel Artiste Eunice Njeri: Music helped me move on Gospel singer Eunice Njeri does not mince her words regarding her opinion of gospel music in the country. “If the music you’re listening to does not lead you to God’s presence, it’s not gospel music, period!” asserts Njeri. It’s only 9.30am, but the