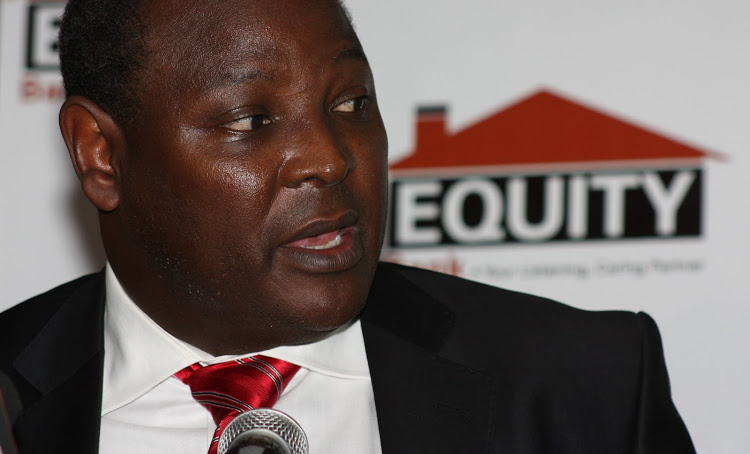 Equity Bank CEO James Mwangi at a past function

Tanzania Central Bank fined the banks $800,000 (Sh83m) which is the latest in a series of moves aimed at tightening regulation in the financial services sector.

The Bank of Tanzania (BoT) said in a statement on Monday that the fines were imposed ‘for failure to conduct proper customer due diligence and file suspicious transaction reports to the Financial Intelligence Unit’.

The regulator gave three months to the sanctioned banks to implement various anti-money laundering measures, which include taking disciplinary action against all staff members “who were involved in opening implicated deposit accounts contrary to KYC (know your customer) requirements”.

Tanzania has tightened regulatory oversight over commercial banks and other financial institutions over the past few years.

Last month the Central Bank Kenya gave all banks and financial institutions in Tanzania 90 days to establish primary data centres in the East African nation, saying it will impose hefty fines on lenders that fail to comply.

The country’s financial services sector, which is dominated by lenders like CRDB Bank and NMB Bank, has been hit by a spike in bad loans, which have stifled the growth of credit to the private sector.

In December, the International Monetary Fund said nearly half of Tanzania’s 45 banks were vulnerable to adverse shocks and risked insolvency in the event of a global financial crisis.

Tanzania’s Central Bank has revoked the licenses of at least nine banks since 2017, saying the move was aimed at safeguarding the stability of the sector.

The closure of the banks came after President John Magufuli ordered the central bank to take action against failing financial institutions.

Share thisFacebookTwitterPinterestEmailWhatsAppEquity Bank CEO James Mwangi at a past function Equity, I&M among five banks fined for lax anti-money laundering rules quity Bank and I&M are among five banks fined for breaching anti-money laundering rules. Tanzania Central Bank fined the banks $800,000 (Sh83m) which is the latest in a series of moves aimed at tightening