Equity Bank Ranked 35th Most Solid Bank in the World

Equity Group Holding Plc Group Chief Executive and Managing Director Dr. James Mwangi with a copy of the Top 1000 Banks 2018 report by the Banker. Equity Bank was ranked first in Kenya and no 35 on soundness globally.

Equity Bank Ranked 35th Most Solid Bank in the World

Equity Bank is among The Top 1000 Banks in the World in a report released by the Banker Magazine.

According to the ranking, Equity Bank was placed first in Kenya, an improvement from last year’s 2nd position and number 799 globally with $848 Million in Tier 1 capital*. This shows that the financial institution has moved seven places up, compared with the 806th position placed last year.

The ranking is an indication that Equity Bank remains robust, despite the challenging operating environment. The Bank has already developed and adopted a sustainable business model to cushion the business as well as boost value creation for shareholders. Innovation has proved to be a great enabler in driving growth and already registering efficiency gains from digitization.

According to The Banker, Africa’s economic fortunes improved over the 2017 review period following a difficult couple of years in which lower commodity prices hit the performance of the Africa continents’ largest markets.

The Banker July 2018 edition features the Top 1000 World Banks ranking, which has been setting the industry benchmark since 1970. The ranking provides each bank’s performance, strength and stability. This helps track bank performance, identify banking partners for the future and track the big movers and new arrivals by benchmarking on their size, growth, profitability (Return on assets, return on capital and cost to income ratio) as well as advantage in terms of Capital to assets ratio.

Tier 1 Capital: The core measure of a bank’s financial strength as set out by Basel’s Bank for International Settlements (BIS) guidelines. It includes loss absorbing capital that is common stock, disclosed reserves, retained earnings (excluding current year results) and minority interests in the equity of subsidiaries that are less than wholly owned. Tier 1 capitals are net of regulatory deductions outlined by the BIS committee on banking regulation

Profits on Capital: A bank’s profitability on Tier 1 Capital (profits divided by the average Tier I Capital at the end of the two most recent accounting periods) 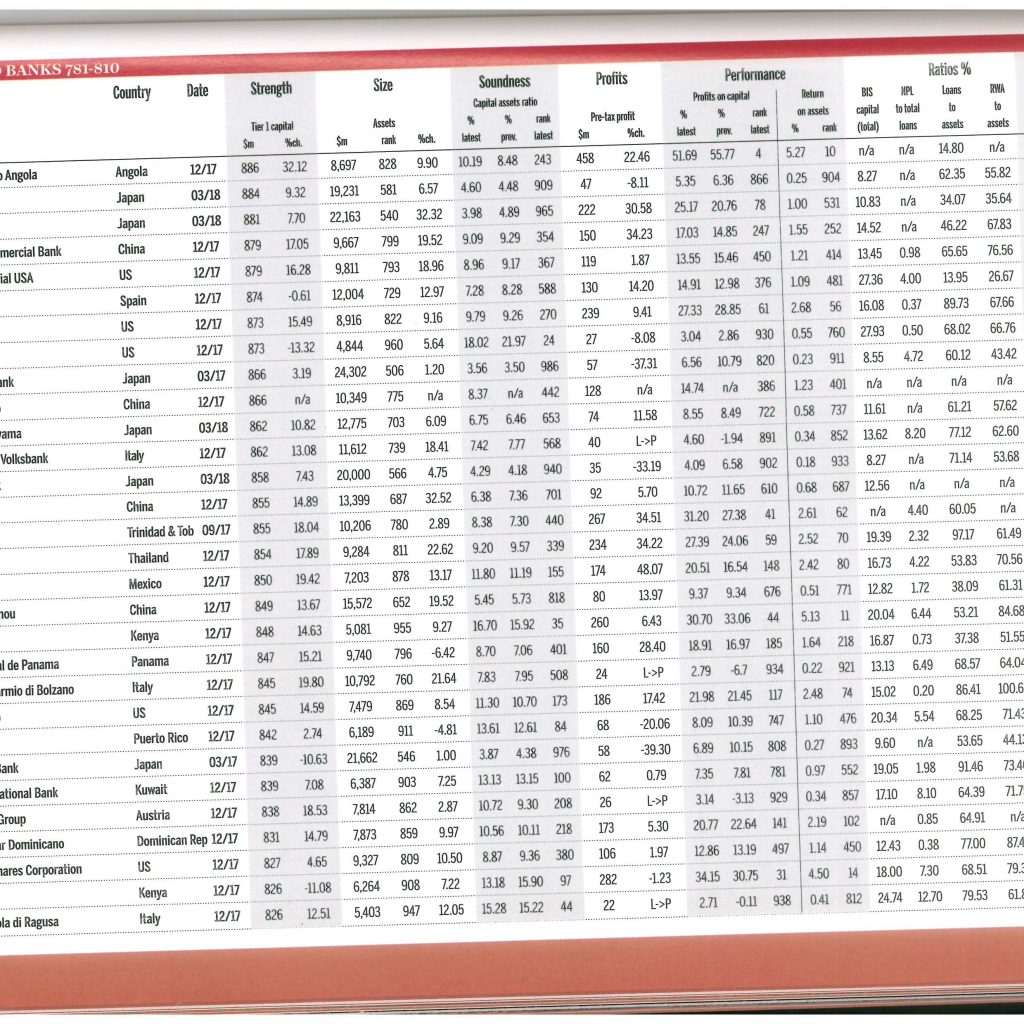 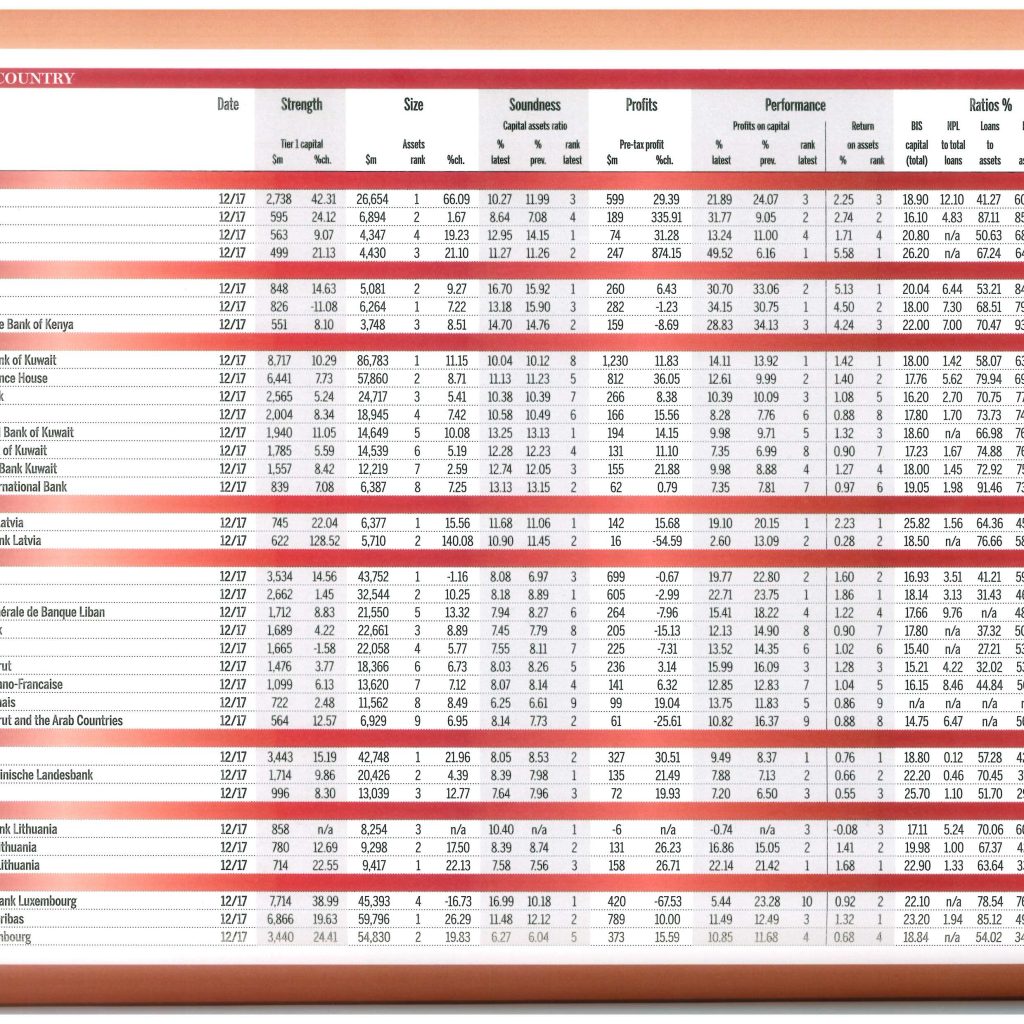