“He has been responsible for large road development projects and maintenance and further demonstrated to the Board his knowledge and the qualities of leadership and management which covered prudent financial, human resource management, and governance,” Macharia said in a statement on Friday.

Multiple sources in the transport sector welcomed his appointment saying he is the right person to steer the Agency.

Prior to his new assignment, Ndungu was the Director, Road assets and Corridor Management at KeNHA.
He registered sterling performance. 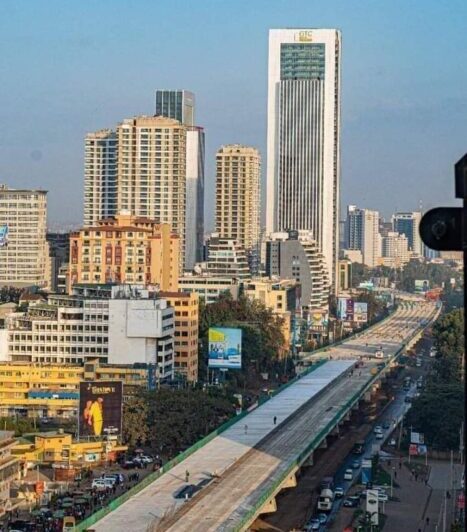 Ndungu was instrumental in the construction of the Sh28 billion Dongo Kundu Bypass, which is meant to provide an alternative route to the South Coast.

Announcing his promotion, Transport CS James Macharia described him as the right person for the job given that he is well versed with the various aspects of road engineering and road sector management in Kenya.

Macharia said he has been responsible for large road development projects and maintenance in the country, qualifications that might have played as added advantage for him during the interview.

dungu’s appointment comes at a time the agency is carrying out several ambitious projects.
One such project is the expansion of the Sh200 billion Rironi-Mau Summit highway.

He is an insider ad is also expected to oversee the completion of the Nairobi Expressway.

Transport stakeholders said the appointment should not be tribalised because Ngungu is qualified.

The appointment will help the autonomous road agency to continue with its responsibilities that includes the management, development, rehabilitation and maintenance of Class S, A & B roads.

Macharia pointed out that Ndungu emerged the best candidate following a competitive recruitment process carried out by the authority’s Board.

The CS expressed optimism that the new director general will continue building the organization’s capabilities, accountability and successfully deliver the agency’s growth ambitions.