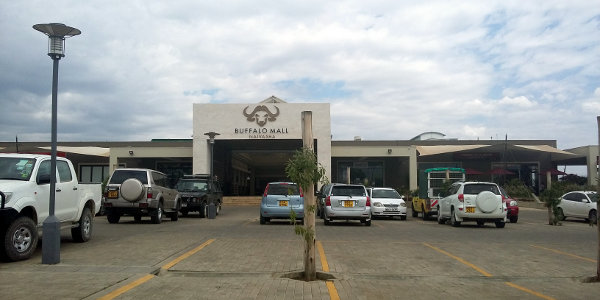 The Buffalo Mall in Naivasha, Kenya

Retail in Kenya is dominated by informal sellers, but recent years have seen a boom in modern trade, with home-grown supermarket chains expanding their footprint and international brands (such as Carrefour and Massmart’s Game banner) entering the market. This has gone hand in hand with the construction of numerous new shopping malls.

However, most of these retail developments are concentrated in the capital Nairobi. Similarly, in other east African countries, growth in modern trade has focused mostly on major commercial hubs such as Dar es Salaam, Addis Ababa, Kampala and Kigali.

While these cities will continue to dominate, we are seeing untapped opportunities to better serve consumers in the region’s secondary cities and towns.

The rise of Kenya’s secondary towns

In some of Kenya’s smaller urban areas there is greater wealth than people seem to think, generated by activities such as agriculture, trading and tourism. A recent PwC report, written in cooperation with Maritz Africa Intelligence, highlighted Nakuru, Naivasha, Kajiado, Kisumu, Nanyuki and Machakos as places that have seen rising economic activity in recent years.

The growth of Kenya’s second-tier cities has also been spurred by the process of devolution, introduced in 2013, which divided the country into 47 counties, each with its own local government and county headquarter. These county headquarter cities have experienced an influx of government officials, which has subsequently led to greater commercial activity and economic growth.

Another development that could open up Kenya’s hinterland is the proposed $26bn Lamu Port-Southern Sudan-Ethiopia (LAPSSET) transport corridor. This mega project – aimed at improving transport linkages between Kenya, South Sudan and Ethiopia – comprises new rail lines, highways, resort cities, airports and a port in the coastal region of Lamu. Two high-speed railways will connect at the Kenyan town of Isiolo – one will be laid from Lamu to Isiolo and then on to South Sudan’s capital Juba; a second line will link Nairobi, Isiolo and Ethiopia’s capital Addis Ababa.

Nakumatt, one of the region’s biggest supermarket chains, sees significant growth opportunities in smaller towns. According to the PwC report, Nakumatt intends to have a presence in all 47 county headquarters in the coming years.

Emerging retailer Society Stores has also targeted smaller stores in “up-country” locations. “We decided to pick these nice agricultural, cash-heavy towns… places that had been neglected. Our store in Maua (situated in central Kenya) is the best-performing outlet, even though it is the smallest. It is the most profitable by size and this is partly because of the miraa business,” says Trushar Khetia, the founder and CEO of Society Stores. (Miraa, also known as khat, is a plant that produces leaves which are consumed as a stimulant. Maua is a major khat-producing centre.)

Fast-food chain KFC is also looking beyond Nairobi. When it entered Kenya in 2011, it initially focused on the capital where there is a relatively large number of wealthy and middle-class consumers. But this year, three of its six
new outlets will open in Kisumu, Eldoret and Nakuru respectively. “I drive around Kenya and I go to those towns. I will tell you those towns are thriving. People think all the money is in Nairobi, it’s not,” notes Justin Melvin, general manager of Kuku Foods Kenya, the local KFC franchisee.

Another area of opportunity is Nairobi’s satellite towns, as populations and disposable incomes in these areas increase. Research by HassConsult in 2015 revealed that land prices in satellite settlements – such as Syokimau,
Kiambu, Ongata Rongai, Ruaka and Thika – are growing faster than inner-city suburbs.

“Some of these towns are becoming middle and upper class, but the businesses that serve those places are informal and not up to par with the tastes and expectations of the new consumers,” says Jeremy Karingithi, executive director of grocery store Mboga Masters, located in Syokimau, south of Nairobi. Syokimau’s first shopping mall opened last year, bringing to town a leading supermarket, a coffee-house chain, a shoe retailer and several beauty shops.

Similar opportunities in the greater region

There seem to be comparable untapped opportunities in the rest of the region. InTanzania, the trading towns of Mbeya and Kahama have been highlighted. Mbeya is situated in close proximity to the Zambian and Malawian borders, while Kahama attracts traders from the Democratic Republic of Congo (DRC), Rwandaand Burundi. Beyond Ethiopia’s capital Addis Ababa, coffee-shop chain Kaldi’s Coffee sees demand in cities such as Debre Zeyit, Adama and Bahir Dar. And inUganda, one personal-care products manufacturer said it is achieving goods sales in the northern city of Gulu, and in Masindi in the western region.

Growing interest from retailers to move into east Africa’s secondary towns is also creating potential for the development of shopping malls.

According to Kenneth Kaniu, CEO of Britam Asset Managers, in Kenyan cities such as Naivasha, Kisumu, Nakuru, Nanyuki and Mombasa, there are opportunities for strip malls. Last year, the Maritz Africa Intelligence team visited the first modern shopping mall in the lakeside town of Naivasha, situated about 90km from Nairobi, which is well known for agriculture and tourism. The small, but slick Buffalo City Mall is home to a Tuskys supermarket and a Java House restaurant, in addition to numerous smaller shops.

Share thisFacebookTwitterPinterestEmailWhatsAppThe Buffalo Mall in Naivasha, Kenya East Africa’s second-tier cities hold untapped potential Retail in Kenya is dominated by informal sellers, but recent years have seen a boom in modern trade, with home-grown supermarket chains expanding their footprint and international brands (such as Carrefour and Massmart’s Game banner) entering the market. This has gone