EAC has enormous potential for trade, investment — US Chamber 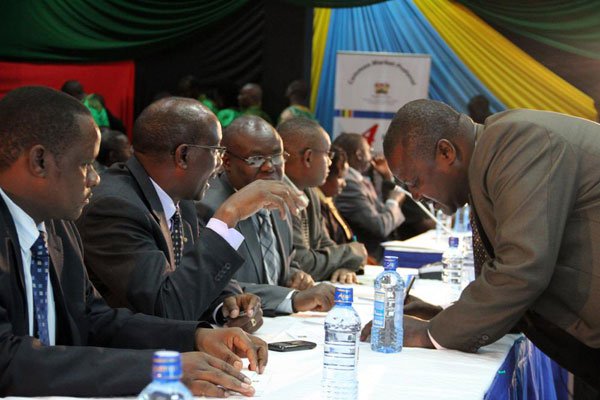 EAC has enormous potential for trade, investment — US Chamber

East Africa ranks as one of the world’s most economically dynamic regions and offers “enormous potential” for investment by US companies, the US Chamber of Commerce said in a report issued on Tuesday.

Growth rates in some of the East African Community (EAC) member states now rivals those of a few of the Asian countries that Wall Street has touted as “new emerging economies,” the report observes.

Kenya’s per capita GDP has already climbed past that of Bangladesh and Pakistan, notes the 35-page study titled “Building the Future: A Look at the Economic Potential of East Africa.”

Trade with and within East Africa will be greatly facilitated by large-scale infrastructure projects now underway, the US Chamber says.

It cites, for example, the standard gauge railway linking most of the region’s landlocked states with Mombasa, and the Bagamoyo Port project in Tanzania, which “stands to be East Africa’s largest port when completed.”

While US trade with the region doubled between 2010 and 2015, it remains “marginal,” the report says. It notes that China and the European Union (EU) have much more robust trading relationships with East Africa.

Similarly, it adds, the EU imported three times as many goods from Kenya than did the US in 2014. And the report warns that the European Union will likely become even more competitive as a result of its Economic Partnership Agreement with the EAC that is expected to be ratified next year.

The US lacks a comparable reciprocal trade deal with the EAC, the Chamber says, noting that several East African leaders have called for Washington to negotiate its own economic partnership pact with the regional bloc.

On its part, the EAC has not done all it could to facilitate trade among its members and with the rest of the world, the report adds.

It points to various non-tariff barriers (NTB) that remain in place within the EAC. These impediments include costly import licensing requirements and “uneven observation” of some World Trade Organisation (WTO) guidelines, the report says.

“One of the main problems facing East African countries is that regulations that the national governments enact aren’t always being implemented on the ground,” the US Chamber finds.

“While East African heads of state may agree to anti-NTB legislation, these new principles don’t trickle down to local officials or customs enforcement authorities,” it adds.

Inadequate road and port infrastructure also continues to be a significant barrier to trade in East Africa, the report notes.

The US Chamber of Commerce describes itself as “the world’s largest business federation, representing the interests of more than three million businesses.”

EAC has enormous potential for trade, investment — US Chamber Reviewed by samrack on October 19, 2016 .