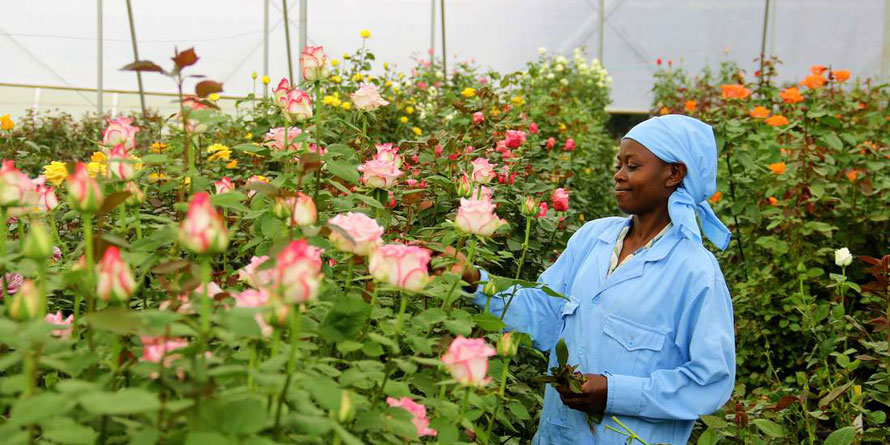 A WORKER PREPARES FLOWERS FOR EXPORT AT A NAIVASHA FARM. FILE PHOTO | NMG

A four per cent import duty levied on Kenyan flowers has slowed effort to develop an alternative market in China despite a direct aviation link between the two countries.

China, alongside Australia and Japan are among the key markets that Kenyan exporters have been looking to in their efforts to diversify beyond the European Union market.

“The four per cent duty has made our flowers more expensive in China market compared to the EU countries where we sell duty-free,” Kenya Flower Council chief executive Jane Ngige at this year’s International Flower Trade Expo that was opened in Nairobi on Wednesday. About 300 exhibitors and 5000 flower dealers attended the event.

“We are calling upon the Kenyan government to negotiate the removal of the tariff with China the same way flowers from Ethiopia access its market duty free,” Mrs Ngige said.

Flower is a highly perishable good that must be sold two days after harvest.  The national carrier, Kenya Airways #ticker:KQ enjoys a 13-hour direct flight to three Chinese cities — Beijing, Shanghai and Guangzhou.

On July 1 2010, China removed tariffs charged on 60 per cent of goods that it imports from Kenya and 32 other developing countries but retained the levy on cut flowers.