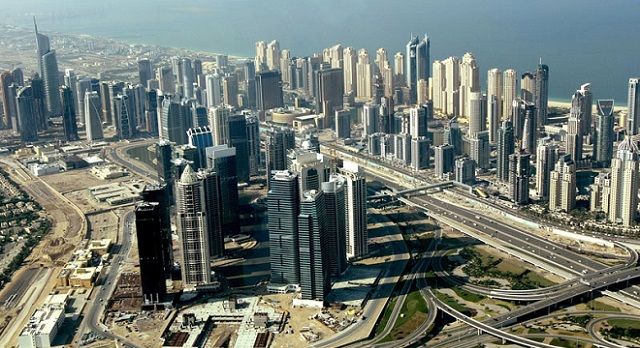 Real estate is a mainstay in Dubai which has the most diversified economy in the oil-rich Gulf, with oil sales bringing in under 10 percent of state revenues.

Dubai first became a magnet for property investment when it opened the sector to foreigners in 2002, in a region where freehold ownership is often restricted to nationals.

A recovery led by tourism, trade and transportation pushed prices up again between 2012 and 2014.

But the market has seen prices fall again since 2014 for both rents and sales as demand dropped following the slump in oil prices and weak economic growth.

“Over the past three years, prices have dropped by 14 percent and we are now 30 percent lower than in 2008,” Faisal Durrani of Cluttons, an international property services and research agency, told AFP.

But he said Expo 2020, the international mega exhibition which Dubai is hosting, is expected to drive a comeback.

He said Expo is expected to generate as many as 300,000 jobs by 2020, creating more demand for real estate.

“We do not expect the market to recover until economic sentiment improves in line with increased government spending, further implementation of diversification strategies and the anticipated gradual rise in oil prices,” Asteco managing director John Stevens said in a report.

Dubai developers unveil mega projects despite downturn Dubai, United Arab Emirates | AFP | The $680 million Venice development four kilometres (2.5 miles) off Dubai will have capacity of 3,000 visitors. Real estate is a mainstay in Dubai which has the most diversified economy in the oil-rich Gulf, with oil sales bringing in under 10 percent