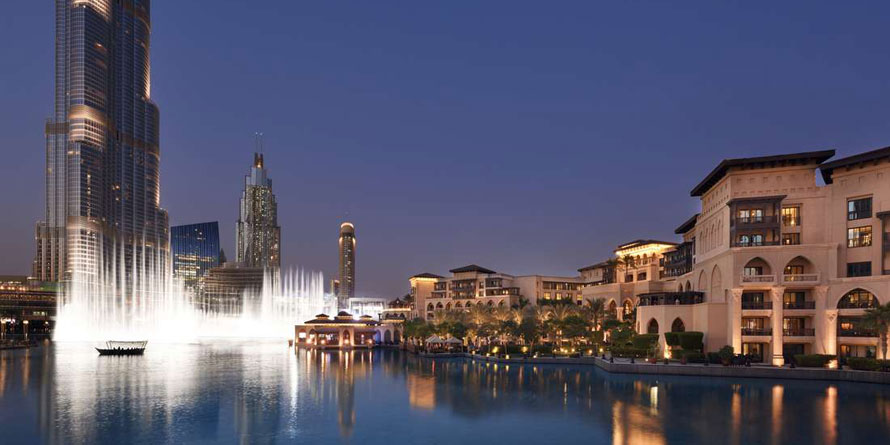 Rising up from the Arabian desert like a dazzling illusion, Dubai has become the destination of choice for more than 15 million visitors annually and thousands of Kenyans are among them.

For instance, every month, Bonfire Adventures, a travel and tour company, organises Dubai trips for about 200 to 500 Kenyans and more than 3,000 people during the Christmas holidays.

Simon Kabu, the Bonfire Adventures chief executive says when he introduced the Dubai package in 2012 the take-up was low, but now some travellers even pay in instalments for such trips.

Among the travellers are bargain-hunters, travellers exploring new attractions to honeymooners.

‘‘Dubai also tops the list of places where companies from Kenya reward their employees with a desert safari, whether during a normal month or in December,’’ Simon says.

Apart from holidays, Kenyan companies send their employees to the city for knowledge exchange and others travel to watch the Dubai Rugby Sevens and shop during the Gitex, Auto Mechanics, Arab Lab, Gulf Food Events and the Dubai Summer Supplies exhibitions.

The affordability of the luxurious hotels and unforgettable experience that the city offers, draw tourists to Dubai in droves especially during the low-season hot months.

“It is cheaper travelling to Dubai during the festive seasons than flying to Mombasa, for instance, or other destinations like Zanzibar. With about Sh65,000, one can get to visit and stay in a beautiful hotel including air fare, four nights accommodations, transfers, meals and excursions,’’ says Simon.

Dubai also wants to increase mid-market hotel availability to boost total visitor numbers to 20 million a year, giving the middle class Kenyan cheaper accommodation options. To African countries like Kenya, Dubai is like a big brother who is far in the Middle East yet so near to learn from.

The 34-days shopping festival is usually spiced up with free gifts which range from a Rolls-Royce, an Infiniti, a private jet or a small island.

Helal Saeed Alman, the Dubai tourism and commerce director-general, says one lucky shopper was once gifted 100 kilogrammes of gold and another one got 10 Nissan cars.

“The shopping festival draws bargain-hunters as some shops offer discounts of up to 75 per cent on items including world-renowned brands of electronics, cosmetics, jewellery, antiques and handicrafts,” says Mr Alman, adding that by 2020, the festival is targeting 20 million visitors.

Etihad Airways last week sought to promote Abu Dhabi, the capital of UAE, as a ‘holiday within a holiday’ for transit travellers and a ‘staycation’ option for residents wanting a relaxing short-break.

For most travellers, stopover means sitting in the airport, or visiting duty free shops.

But those flying Etihad Airways will get to fly falcons across the desert, race a super-car, speed down a waterslide, do kayaking, visit water parks, learn to belly-dance, board a super-yacht imbibing the culture of the place during layovers.

‘‘It is the perfect stopover destination for those flying through Abu Dhabi…to celebrate the emirate’s sophisticated infrastructure, the hospitality of the Emirati people, and its beautiful landscape,’’ Peter Baumgartner, Etihad Airways’ CEO says. Etihad Airways’ Abu Dhabi stopover options include free nights at luxurious hotels.

Simon says that Dubai also has many attractions, and a visitor is unlikely to get bored. Sight-seeing has also been eased by faster, reliable transport systems.

“I have been to Dubai over 20 times—each time with a new experience,” says Simon.

Dubai bets on luxury Rising up from the Arabian desert like a dazzling illusion, Dubai has become the destination of choice for more than 15 million visitors annually and thousands of Kenyans are among them. For instance, every month, Bonfire Adventures, a travel and tour company, organises Dubai trips for about 200 to 500 Kenyans