Yusuf, who is the senator of Garissa County, opened up about the nature of his son’s job expressing worry over his life.

He clarified that he was proud of him for obtaining the job but was concerned about the high likelihood of it earning him enemies.

“We are very proud, but at the same time we are a bit worried because the work he is doing for his country will raise many enemies,” Yusu told KTN News.

Since his appointment, Haji has been deemed the face of corruption due to his persistence in pursuing cases involving powerful people in the country.

The senator also set the record straight over allegations that he had aided in the appointment of Noordin to the position.

“That is rubbish…how many Kenyans have been appointed to that position? Was it because of their fathers?” Posed Yusuf.

He even claimed that he was not aware the appointment had been made. 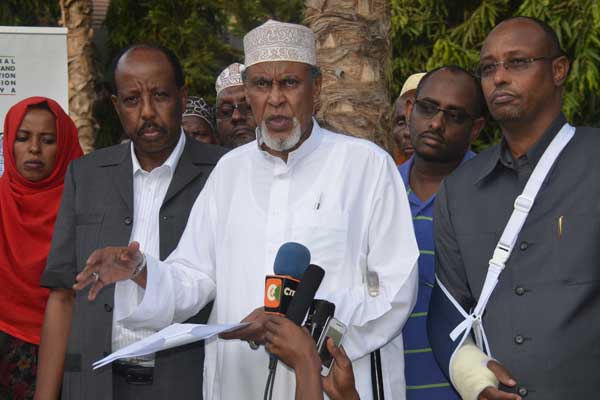 In September 2018, the DPP intimated that since taking over the job, he had constantly received death threats both for himself and his family members.

He revealed that the earliest threats came from Al-Qaeda – the terror group founded by Osama bin Laden whose operatives are Islamic extremists and Salafist jihadists.

He, however, made it clear that not even death threats would stop him from fulfilling his civic duty.

Kyle McCarter confirmed as new US ambassador to Kenya

Kyle McCarter confirmed as new US ambassador to Kenya