PDF: DPP directs the arrest and charging of Treasury CS Henry Rotich and PS Kamau Thugge over the Kimarrer and Aror Dams scandal.

PDF:DPP directs the arrest and charging of Treasury CS Henry Rotich and PS Kamau Thugge over the Kimarrer and Aror Dams

He on Monday said senior government officials flouted procurement rules and committed illegalities in the Arror and Kimwarer dams scandal.

A total of 28 officials and entities are to be charged.

CMC di Ravenna Italy and Kenya have also been mentioned.

“Many procurement rules were flouted and circumvented to ensure CMC di Ravenna got the project,” Haji said.

This is despite CMC di Ravenna facing problems in its home country – Italy.

The offences committed by those implicated include conspiracy to defraud, wilful failure to comply with applicable procedures and guidelines relating to procurement and engaging in a project without prior planning.

Other offences are: abuse of office, committing an offence of financial misconduct, fraudulent acquisition of public property, knowingly giving a misleading document to Principal and wilful neglect to perform official duty.

Haji and Directorate of Criminal Investigations boss George Kinoti flew to Italy on June 10 to conclude investigations into the Arror and Kimwarer dams scandal.

The two met their counterparts in Turin to discuss the progress of the multi-billion shillings scandal.

The DCI was probing the possible loss of Sh21 billion meant for the construction of the two multi-purpose dams in Kerio Valley.

Kinoti started the investigations in December last year and because of the complex nature of the case, has sought help from state organs including the National Intelligence Service. READ FULL STATEMENT DPP-statement-on-Dams-scandalPDF 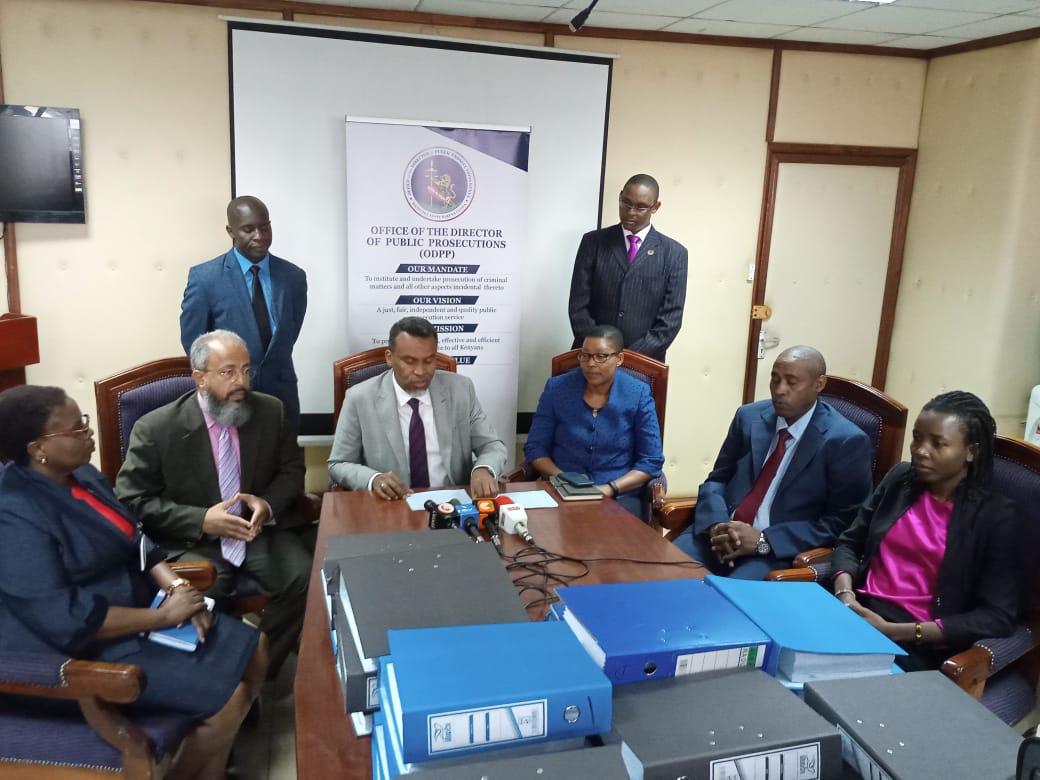 New generation banknotes expected to increase in circulation this week

New generation banknotes expected to increase in circulation this week