Platform has proven to be a happy place in good times, a nightmare during breakups:Couple browses online together
Image: PIXABAY

One minute, lovers are #couplegoals online, the next they are washing dirty linen

Breakups are hard and sometimes we just want to vent about our relationship struggles, even if that isn’t the brightest idea.

Sometimes people post subliminal messages on social media, like ‘God come through’, hoping their significant other will read them. But sometimes things get messier, and they just air their dirty laundry for all their friends to see.

Now imagine if you were a celebrity telling the world your business? Way more complicated!

There have been some messy relationship issues brought out by celebs via social media that seem to hurt their relationship.

While most relationships posted on social media seems to be working, there is also the negative side to exposing private lives online.

Couples like the WaJesus family have been revealing a lot about their life on social media, and trolls have not spared them.

Cyberbullying is an occupational hazard for most Kenyans in the limelight, and as a much-adored celebrity couple, Milly and Kabi wa Jesus have had their share of it.

In an interview with Radio Jambo, the popular YouTubers said the worst they have ever been told on social media is when they were about to reveal the gender of their child.

Milly narrated that netizens came up with controversial stories about the gender reveal, with the worst being that they would give birth to an abnormal child. It is for this reason that the WaJesuses held back from revealing the identity of their son, Taji Reign.

When DJ Mo and Size 8’s marriage hit the rocks a few weeks ago after DJ Mo’s alleged side chick emerged, the couple suffered a backlash from the same social media where they parade their good times.

In an interview with Word Is, Size 8 said her family is no longer moved by trolls as she decided to focus on the positive side of life.

And in an interview with Wasafi TV, Esma said she yearned for a private marriage.

Esma added that she didn’t want an Instagram man. “If I wanted that, I’d look for that. That will destroy our marriage. So I decided to leave him with his Instagram,” she said.

“I wanted my marriage to be private, not out there. I want to live my life and publicise my business. I have spoken to him many times about this but he didn’t listen. That is what he loves. I don’t want him to be fighting with people on social media.”

Well, while most find it fine for them to share all about them and their families on social media, a few have chosen to keep their family and relationship away from the limelight.

Singer Wyre on Monday told Gladys Gachanja on ‘Young World’ show that he is very intentional on what he puts out to the public.

“I rarely post about my family on social media since it is not fair at all. It would be better for me to wake up and receive insults from people than get my children trolled or bad things said about them,” he said.

Bahati, while speaking to Shaffie Weru and Adelle Onyango, said he met Diana on Instagram.

When probed further, Bahati said, “We met before we did the video together. It was a month before then. I was online at midnight and I saw someone had liked my photos, ka sita. Ni usiku, there is nothing to do. Interactions sio mob hiyo time. I was like, who is this? I checked her profile and liked her photos.”

The two got into talking and are currently married and blessed with two kids.

While couples pride in showing off their romance online, sharing your most intimate moments can backfire.

One of those cases is when a celebrity goes through a public breakup. To move on, that often means deleting all the posts of their ex and unfollowing them. This can be done without drama, but many choose to diss their ex on social media as well.

A good example is when Vlogger Maureen Waititu went on a rant, accusing her baby daddy Frankie Kiarie over child neglect. The two traded accusations on social media.

Maureen Waititu, Frankie row on co-parenting boils over
YouTuber told her ex ‘even if you don’t love me, respect your kids’ 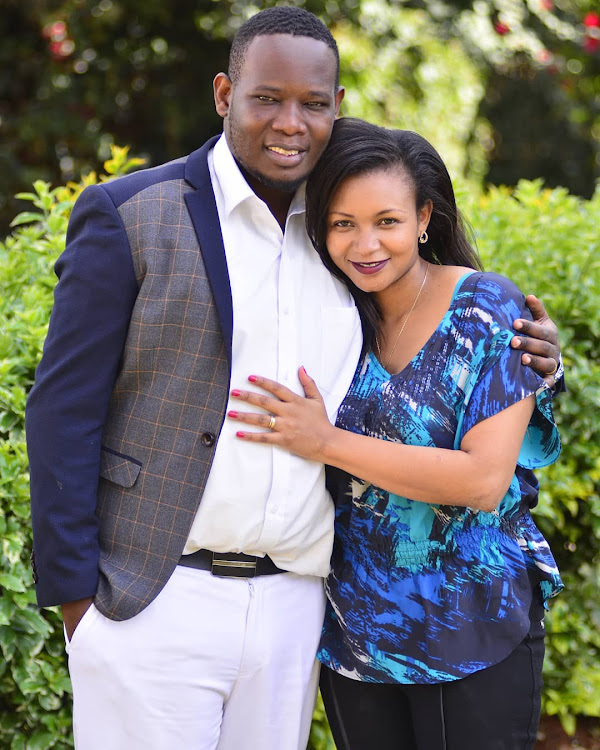 Speaking to The Star, singer Rufftone said the Internet never forgets and it’s upon an individual to be careful how they lead their lives today.

“In most cases, I would say, social media hurts more than it helps a relationship. Imagine if you date someone who lived a life without caring about their future relationship, and they had issues with the kind of life they lived,” he said.

“They dated a million guys and all of them were put on social media. That person may never have peace with you as they will keep on being reminded of their past.”

Rufftone adds that some things people share about their relationships may lead to cyberbullying.

“The worst is that when one is behind the keyboard, they think they are alone and end up sharing too much about themselves, forgetting that social media doesn’t respect whether you were not serious while you posted that,” he said.