An annual report released by global digital agencies, We Are Social and Hootsuite, reveals that Africa has seen the fastest growth rates in internet penetration, with the number of internet users across the continent increasing by more than 20% compared to 2017.

The ‘Digital in 2018’ report shows that over half of the world’s population is now online (4.021 billion), with the latest data showing that nearly a quarter of a billion new users came online for the first time in 2017. 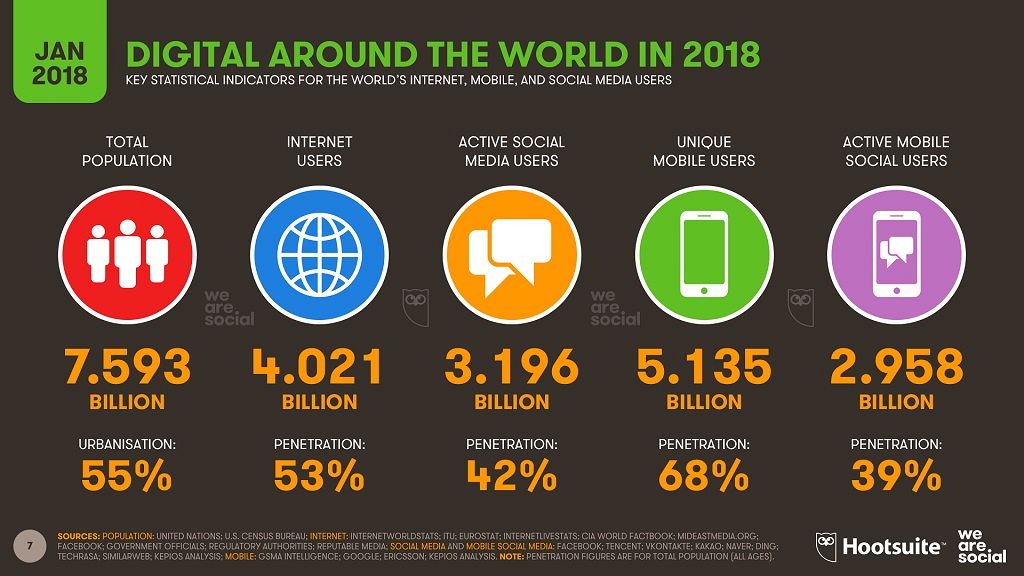 Much of this year’s growth in internet users has been driven by more affordable smartphones and mobile data plans.

Users in Africa are up by more than 20 percent, with the reported number of internet users in Mali increasing by almost 6 times since January 2017.

The number of internet users in Benin, Sierra Leone, Niger, and Mozambique has more than doubled over the past year too. 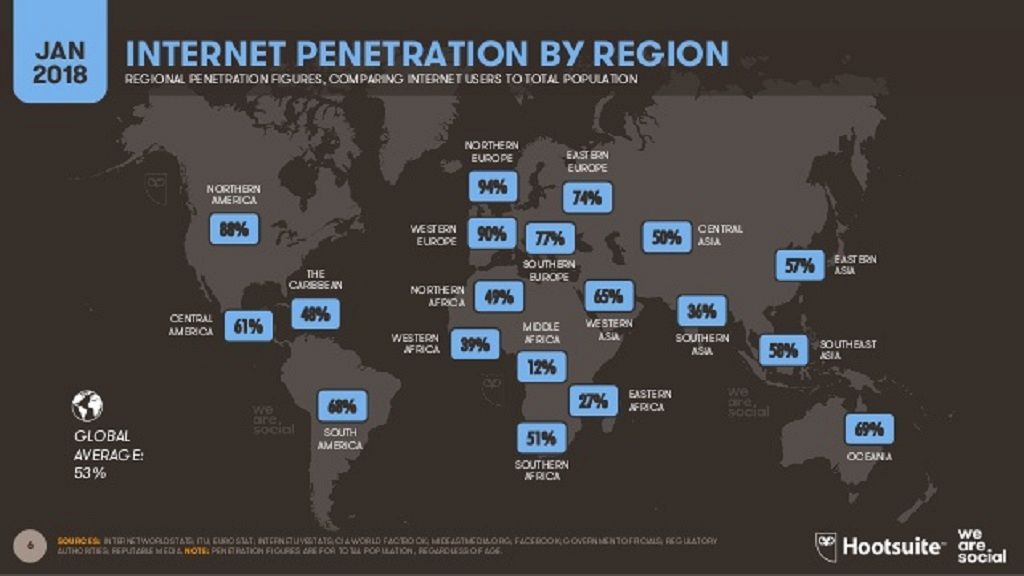 More than 200 million people got their first mobile device in 2017, and two-thirds of the world’s 7.6 billion inhabitants (5.135 billion) now have a mobile phone.

Mobile penetration rates however remain below 50 percent across much of Central Africa. 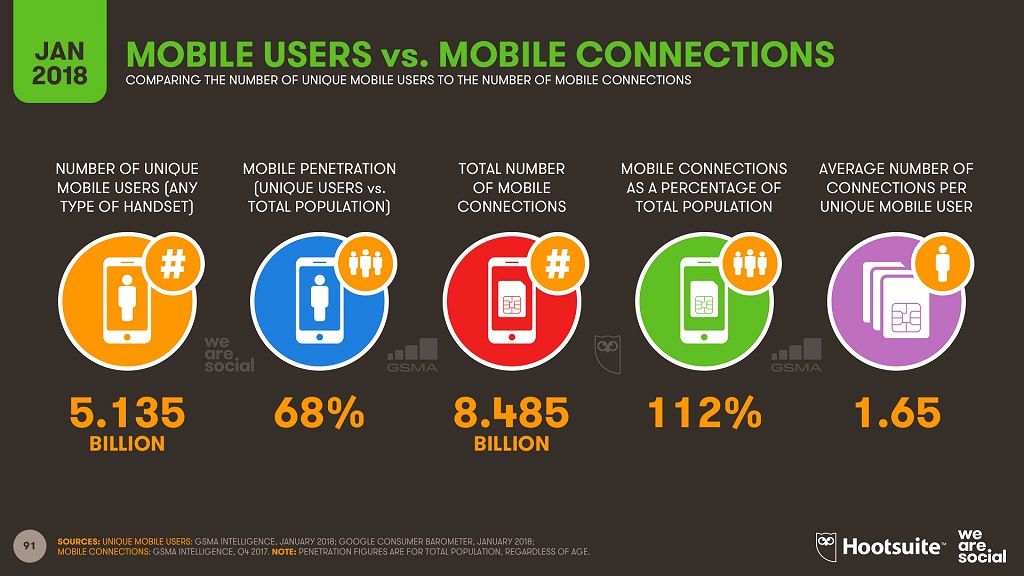 More than 3 billion people around the world now use social media each month, with 9 in 10 of those users accessing their chosen platforms via mobile devices.

There were 11 new users on social media every second of the year 2017 as 1 million people started using social media for the first time every day over the past year. 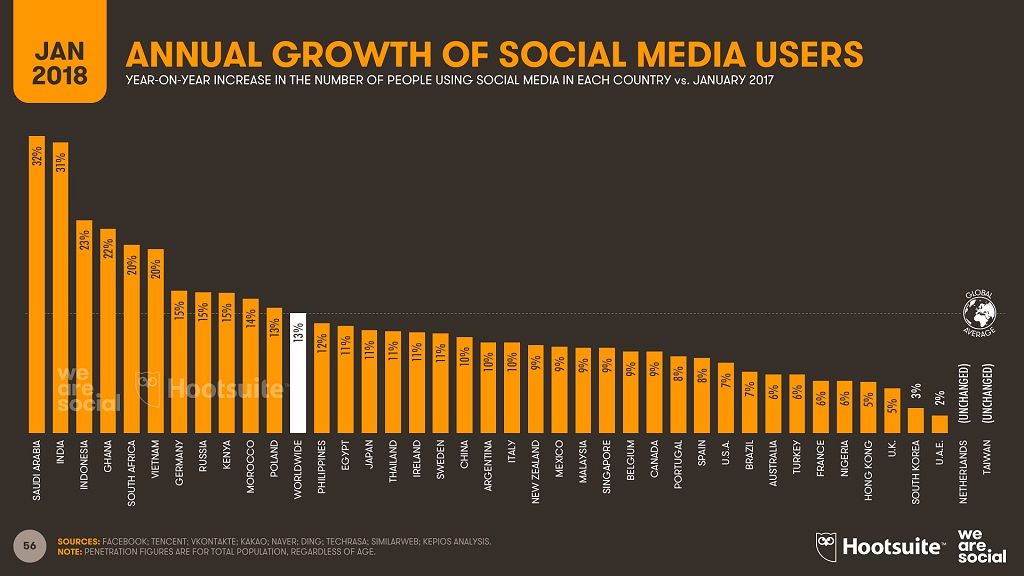 The latest data from GlobalWebIndex shows that the average internet user now spends around 6 hours each day using internet-powered devices and services – that’s roughly one-third of their waking lives.

Facebook’s core platform still dominates the global social landscape, with total users up 15 percent year-on-year to reach almost 2.17 billion at the start of 2018.

WhatsApp and Facebook Messenger both grew twice as fast as the core Facebook platform, with the number of people using each messenger app up by 30 percent.

WhatsApp is now the top messenger app in 128 countries around the world, compared to Facebook Messenger’s 72. 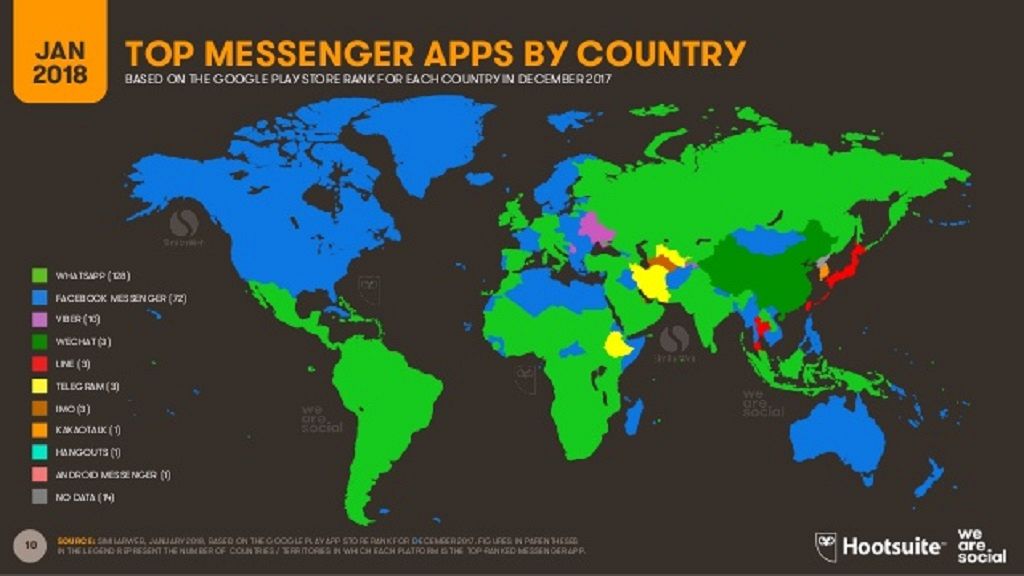 There are now only 25 countries around the world where a Facebook-owned app isn’t the top messenger platform.

Despite these impressive statistics for the instant messaging platforms, Instagram was the standout Facebook owned app over the past 12 months, with the number of global users up by a third.

Mobile data connections are getting faster all over the world, with GSMA Intelligence reporting that more than 60 percent of mobile connections can now be classified as ‘broadband’.

Average mobile connection speeds increased by more than 30 percent over the past year, a statistic that that is important since faster connections may also help to reduce stress.

Research has shown that delays of just a few seconds while buffering video content can trigger the same increase in anxiety levels as watching a horror movie on your own, or trying to solve a complex maths problem. 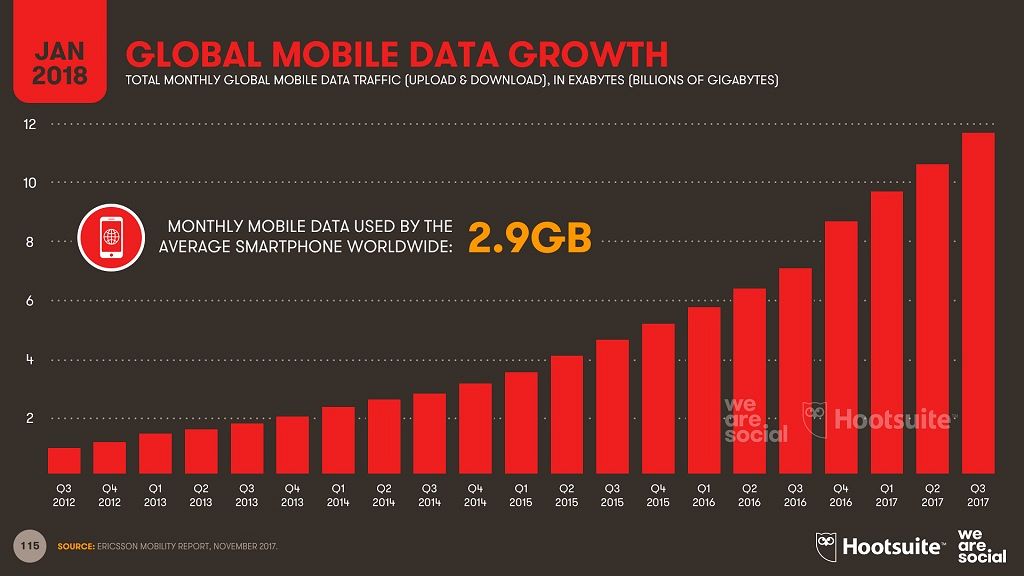 Partly thanks to these faster download speeds, the average smartphone user around the world now consumes almost 3GB of data every month – an increase more than 50 percent since this time last year.

Miguna’s flight to land in Amsterdam at 8.30am

Miguna's flight to land in Amsterdam at 8.30am