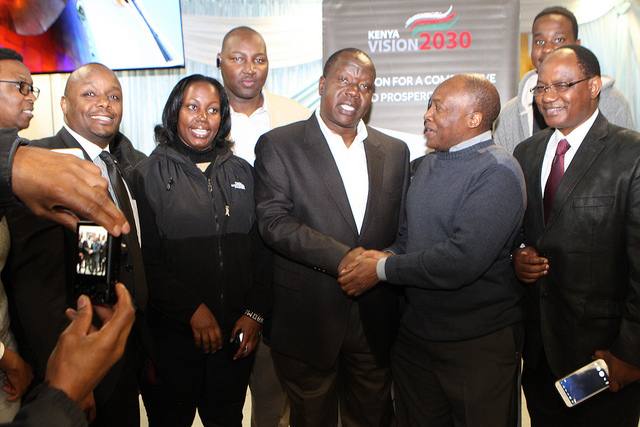 The C.S who was joined by the Chairman, Commission of University Education, during the town hall meeting covered every area of education. He fielded close to 30 questions in a lively interactive town hall that went past the two hours planned to become a three hours town hall meeting. The meeting moderator was David Mambo. 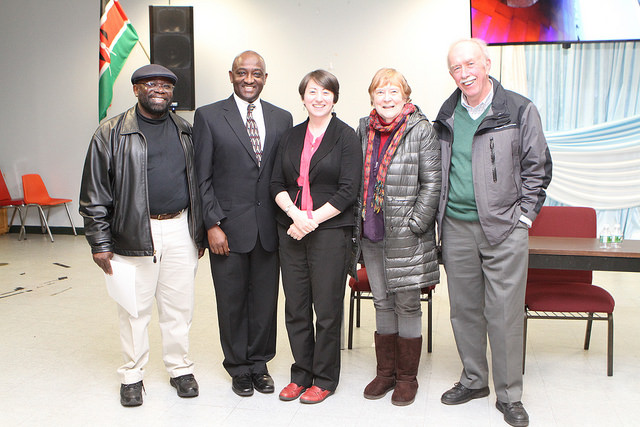 When answering a question on bullying and violence in schools, the C.S said the principal of Alliance high school is no longer in the school. Kenya media recently reported on a form one beaten until he was taken to hospital. The C.S also answered questions on sexual assault and impregnation of school children. Discussing this he said that last year about 3,000 students seating exams were pregnant. He pointed out the ministry and Teachers Service Commission are working on this.

Joshua Wanganga, suggested and asked the C.S if a corruption should be included in the curriculum and taught in schools as a way of preventing corruption. The C.S replied this would be great saying children should be taught on patriotism at an early age.

The Cabinet Secretary talking on the role of private schools in the education of Kenya children referenced a statement that President Uhuru Kenyatta uses and said, “There are no private children,”

The Diaspora when opening the discussions highlighted some of the initiatives the Diaspora are doing that included: Kenya University Project – Diaspora University Town, an initiative to advance constitutional rights and create 20,000 new jobs; Daktari Biotechnology, an initiative for 25 medicine and vaccines production that will advance research in Kenya; and Food for Education, a program that is started and is currently feeding children lunch meals and has so far fed 50,000 meals.

The C.S was accompanied by the Commissioner of University Education Chacha Nyaigotti – who also talked and answered questions about university education – and other senior officials in the Ministry of Education, Science and Technology.