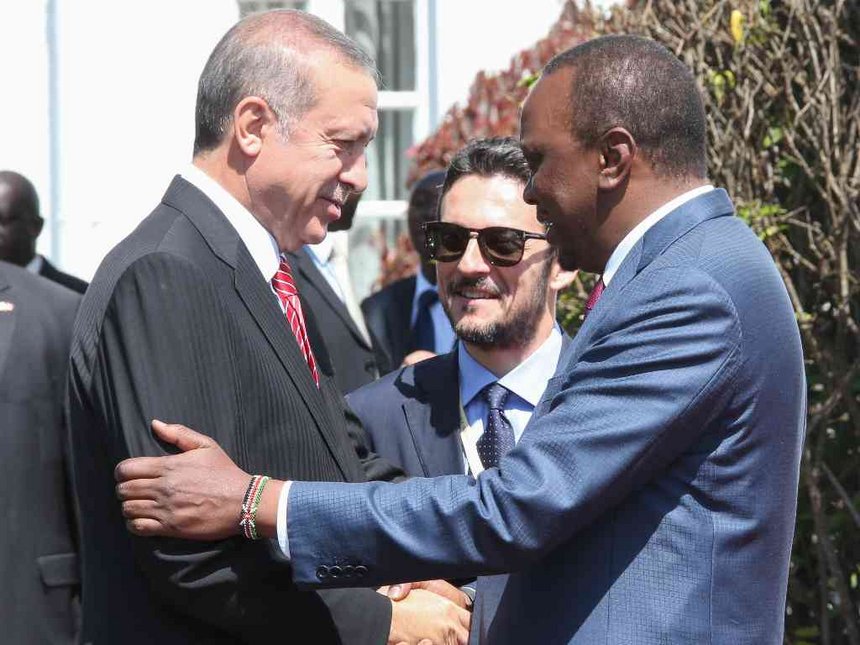 Turkey has pledged to carry on with trade deals with Kenya despite the three-month state of emergency declared after a failed coup.

“Our bilateral relationship with Kenya and other countries is still intact,” Turkish ambassador Deniz Eke said adding the failed coup did not lead to any policy shifts.

“Every agreement reached by the presidents will be honoured through a Joint Commission on Cooperation.”

She spoke on Monday when governors under the Frontier Counties Development Council paid her a courtesy call at her residence to show solidarity with Turkish people.

Turkish International Cooperation and Development Agency (TIKA) said all its development projects in the country and within the region will not be hindered.

Mete Anac, Programme Coordinator TIKA Nairobi office, said: “The happenings back home will not affect or disrupt commitments we have made to the Kenyan people.

“Our water, health, agriculture and economic projects will go on. We even intend to expand the programmes.”

The governors praised Turkey for its global role in seeking stability and addressing refugees’ problems.

Isiolo Deputy Governor Mohamed Guled said: “Turkey is a great player internationally and has been contributing to stabilising the region. We stand with them.”

Garissa Governor Nathif Jama said Northern Kenya counties have been the greatest beneficiaries of Turkish development projects through TIKA. He said they were proud to be associated with the current regime.

Others present were Governors Ahmed Abdullahi (Wajir) and Ali Roba (Mandera), and representatives from Lamu and Tana River counties.

Eke said normalcy had returned to her country following the averted coup that left at least 240 dead and more than 1,400 injured.

She said the state of emergency is aimed at giving the country room to process laws necessary for eliminating threats and dealing with coup plotters.

Eke said: “A state of emergency is not martial law. There will not be any limitation on fundamental rights and freedoms. The government guaranteed lives of ordinary citizens shall not be affected.”

The ambassador called on friendly nations to stand by her country as it battles terrorism.

“As seen in the recent coup attempt, FETO knows no limits, principles or rules in achieving its aims. It organises in strategic fields, where it should not be related in any way, as an NGO movement that voices concepts such as dialogue and peace,” she said.

“Due to their deviant ideology and hidden motives, Turkey believes the organisation poses a national security threat not

just in Turkey, but to all countries.”

Eke said numerous indictment and judicial proceedings had linked FETO to money laundering and tax fraud before the coup attempt.

She promised measures will be taken against those involved in the attempt, in a process that she noted will fully respect fundamental rights and freedoms and the rule of law.

FETO has global presence as an organisation involved in business and education. Its leader Fethullah Gulen resides in the US state of Pennsylvania; Turkish authorities have sent a request for his extradition to Washington.

The embassy said: “Its members operate in total secrecy with a radical devotion and consider themselves as chosen ones, seeming neutral in countries where they are established by denying any political inclination.”

“FETO presents itself as a pro-peace religious movement. Yet it actually engages in illegal activities by infiltrating into security, judiciary and intelligence institutions of the state.”

Eke said that in the last 10 years, their judges, prosecutors and security officers have sentenced, through sham trials, countless soldiers, police, bureaucrats, journalists, academicians and authors to penal servitude with the objective of seizing control of all state authorities.

Deals with Kenya stand despite state of emergency after failed coup – Turkey Reviewed by samrack on August 1, 2016 .

Share thisFacebookTwitterPinterestEmailWhatsApp President Uhuru Kenyatta officially receives Turkish President Tayyip Erdogan at State House, Nairobi, during his state visit in June. /VICTOR IMBOTO Deals with Kenya stand despite state of emergency after failed coup – Turkey  Turkey has pledged to carry on with trade deals with Kenya despite the three-month state of emergency declared after