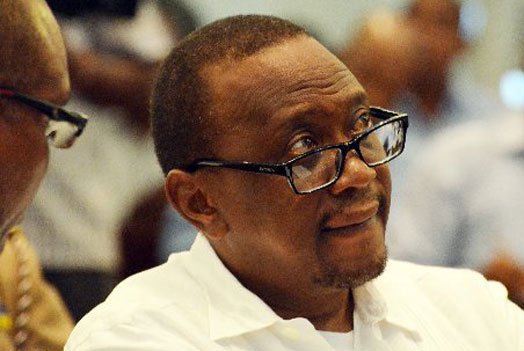 By NAIROBI NEWS REPORTER
Nairobi Women’s Hospital chief executive Sam Thenya has revealed details of a phone conversation with President Uhuru Kenyatta over unpaid mortuary dues of a person whose relative contacted the president for help.

Dr Thenya who spoke to Jackson Biko in his Friday, Business Daily Life profile said the President called him and said that someone had sent him an email regarding the body of the mother at the hospital’s mortuary.

Since the President was in a casual tone, Dr Thenya openly told him that payment needed to be done before he could release the body.

Here is the transcribed phone conversation according to Dr Thenya;

President Kenyatta: “Sam, what do we do?”

Dr Thenya: “Your Excellency, the bill has to be paid.”

President Kenyatta: “I am going to pay the bill, so release the body.”

Dr Thenya: “I need some proof of payment of some pre-payment today. If you want me to release it today then pay today.”

The President then cleared the bill and the woman’s body was released to her family for burial.

Dr Thenya was giving details of how politicians and technocrats call in seeking the release of a patient or a body with pending bills.

There was a similar incident covered by Daily Nation on November 4, 2014 where a woman, Anita Lipesa, sent a text message to President Kenyatta explaining how her sister’s body had been detained at the same hospital over a pending bill.

In a similar fashion the President called back and told the family to go pick the body as everything had been sorted.

Ms Lipesa narrated how she resorted to texting the President after two months of failed efforts to raise the cash required to pay her deceased sister’s bill.

To her surprise, Mr Kenyatta called back 30 minutes later on his personal line.

Ms Lipesa said the Head of State asked her for her sister’s details and then told her: “Anita, go to the hospital and pick up the body of your sister. Everything is okay.”