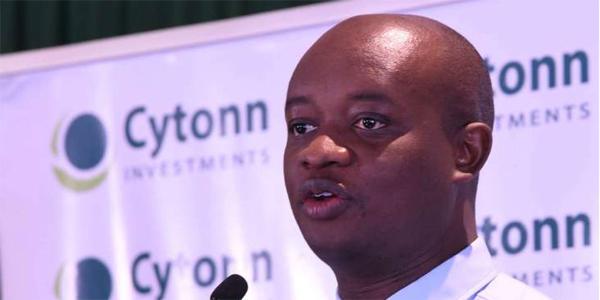 Cytonn, which has also bought 689,655 HF Group #ticker:HFCK shares worth Sh6.9 million, says the investments are its latest bets on banks it believes are cheap.

The company’s chief executive, Edwin Dande, told the Business Daily the banking stock investments started with a large position in KCB #ticker:KCB in February last year in the wake of the rate caps which sparked a sell-off in bank shares.

“We believe the market was wrong and we bought a big stake in KCB which we have sold, earning a return of about 80 per cent,” Mr Dande said.

“We are seeing the same thing at NIC where we have bought shares to become the ninth largest investor.”

Mr Dande added that Kenyan banks have historically traded at between two to three times their book value, noting that NIC and HF are currently priced by the market at below their net worth.

NIC is for instance currently trading at about two-thirds of its per-share book value of Sh53, giving it one of the lowest annualised price-to-earnings ratio of five.

Investors have in recent months grappled with the fair valuation of banks in light of two momentous developments in the industry — the capping of interest rates and adoption of more conservative accounting standards.

The rate cap has reduced earnings from lending while the new accounting system, IFRS9 is set to result in higher provisions for bad debt starting this quarter.