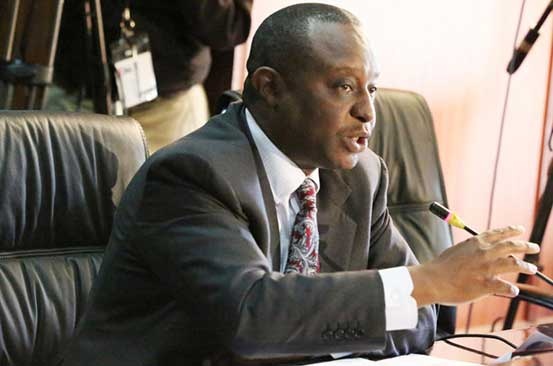 The Treasury CS has suspended national and county officials’ local and foreign travels following a concern over government spending on the trips.

He said on Wednesday that spending on breakfast meetings, office furniture, printing and adverts will also be cut in the 2016/2017 budgetary allocation.

Rotich told a briefing he was reviewing spending in fiscal 2015/2016, which ends in July, and that government borrowing could be lower than expected. He did not give figures.

The budget deficit for 2015/16 has been forecast at 8.7 per cent of gross domestic product, higher than 2014/15 and a level that has worried economists who say Kenya should be reducing the gap as the economy recovers from a sluggish period.

He said growth would be in the range of 5.8 to 6.0 per cent. The government already downgraded its forecast to 6 per cent in October from the 6.5 to 7 per cent it originally predicted.

While still on track to outpace the 5.3 per cent growth it recorded in 2014, Kenya’s economy has this year been buffeted by global and domestic factors.

A strong dollar and worries about a hefty current account deficit have weighed on the shilling, prompting the Central Bank to hike interest rates.

Foreign exchange inflows into Kenya have also suffered because of a series of attacks by al Shabaab militants in the past two years that have hammered the tourism industry.

El Nino is expected to hit an economy that still relies heavily on agriculture. Kenyan media has already reported flooding due to heavy rains as a result of the weather phenomenon, washing away roads and cutting off some rural areas.

Rotich said the spending review would be presented to lawmakers but did not say when. “The measures will be reflected in the supplementary budget to be taken to Parliament soon,” he told the briefing.